As the end of a year comes to a close we like to take a moment to reflect on the previous trip around the Sun, summarize our activities and maybe humblebrag a bit about our accomplishments. If we don’t put these things online, how will we ever remember them?! As such, here’s a quick look back at We Own This Town in 2019. 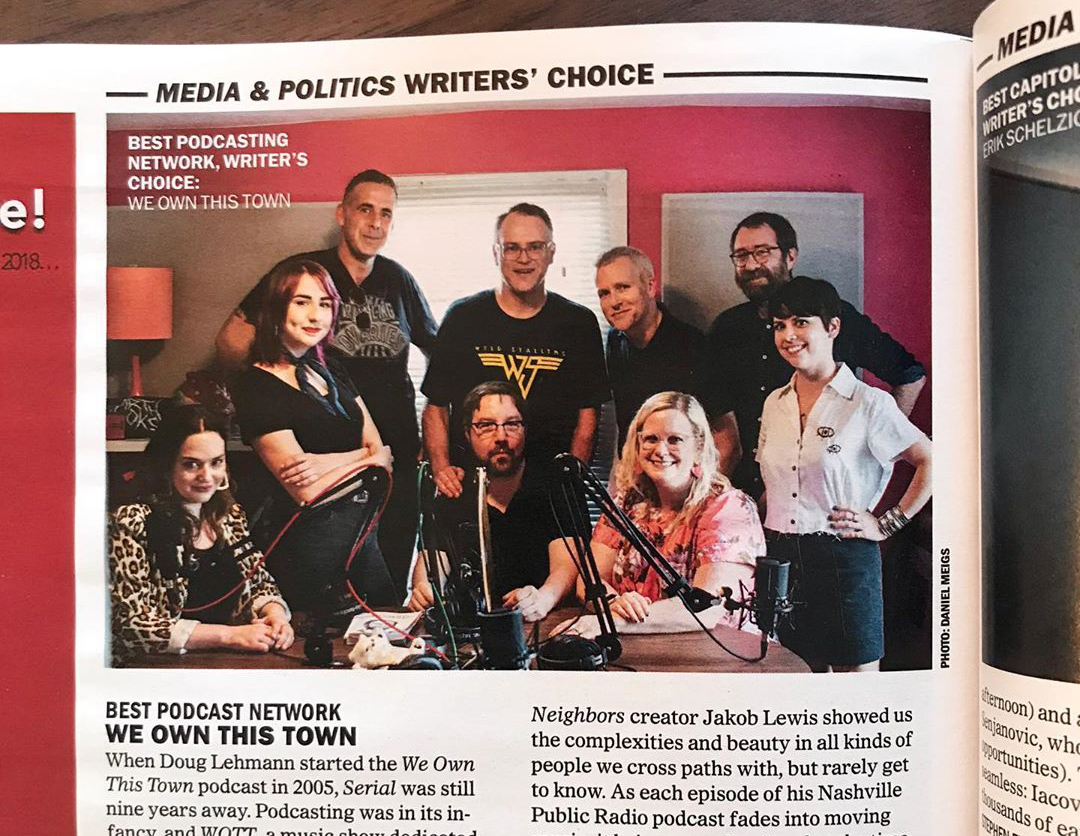 It goes without saying that we were absolutely thrilled and completely flattered to be named Best Podcast Network by the Nashville Scene in their Best of Nashville 2019 issue. We even got our picture in the paper!

While winning an award is certainly humbling, it serves as a real fire under our collective asses to do even better in 2020; more shows, more variety and raising more great Nashville voices. 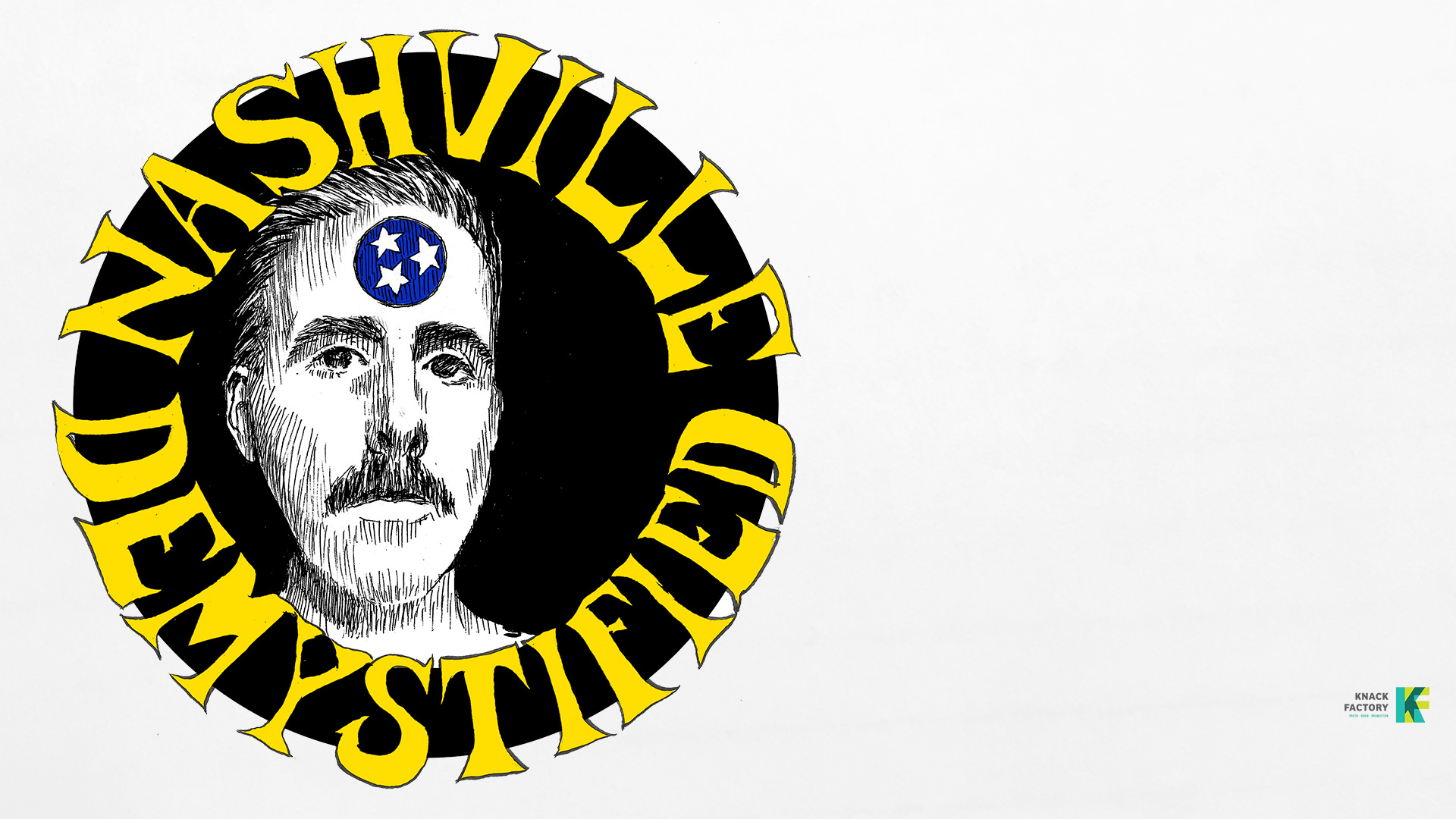 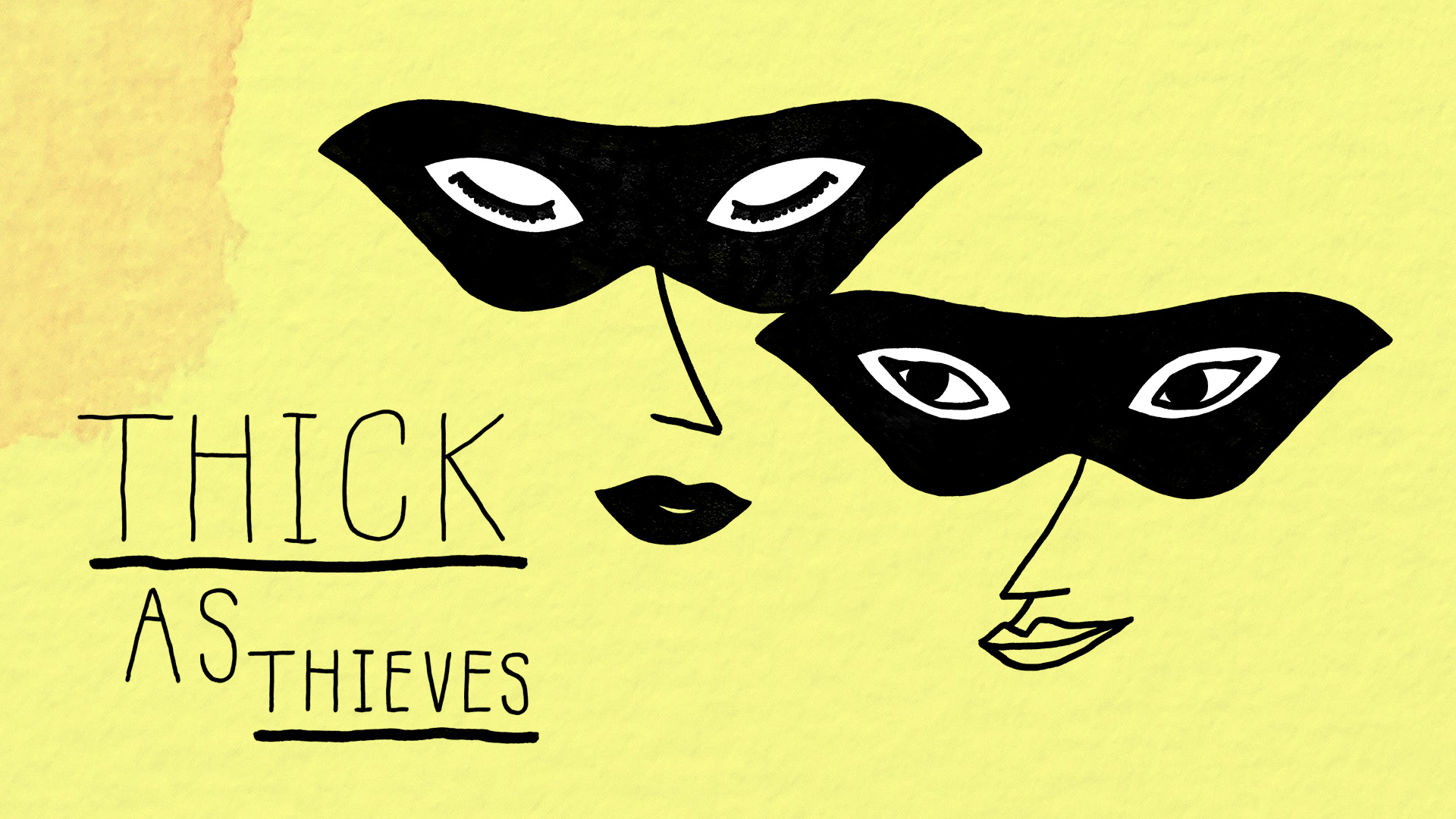 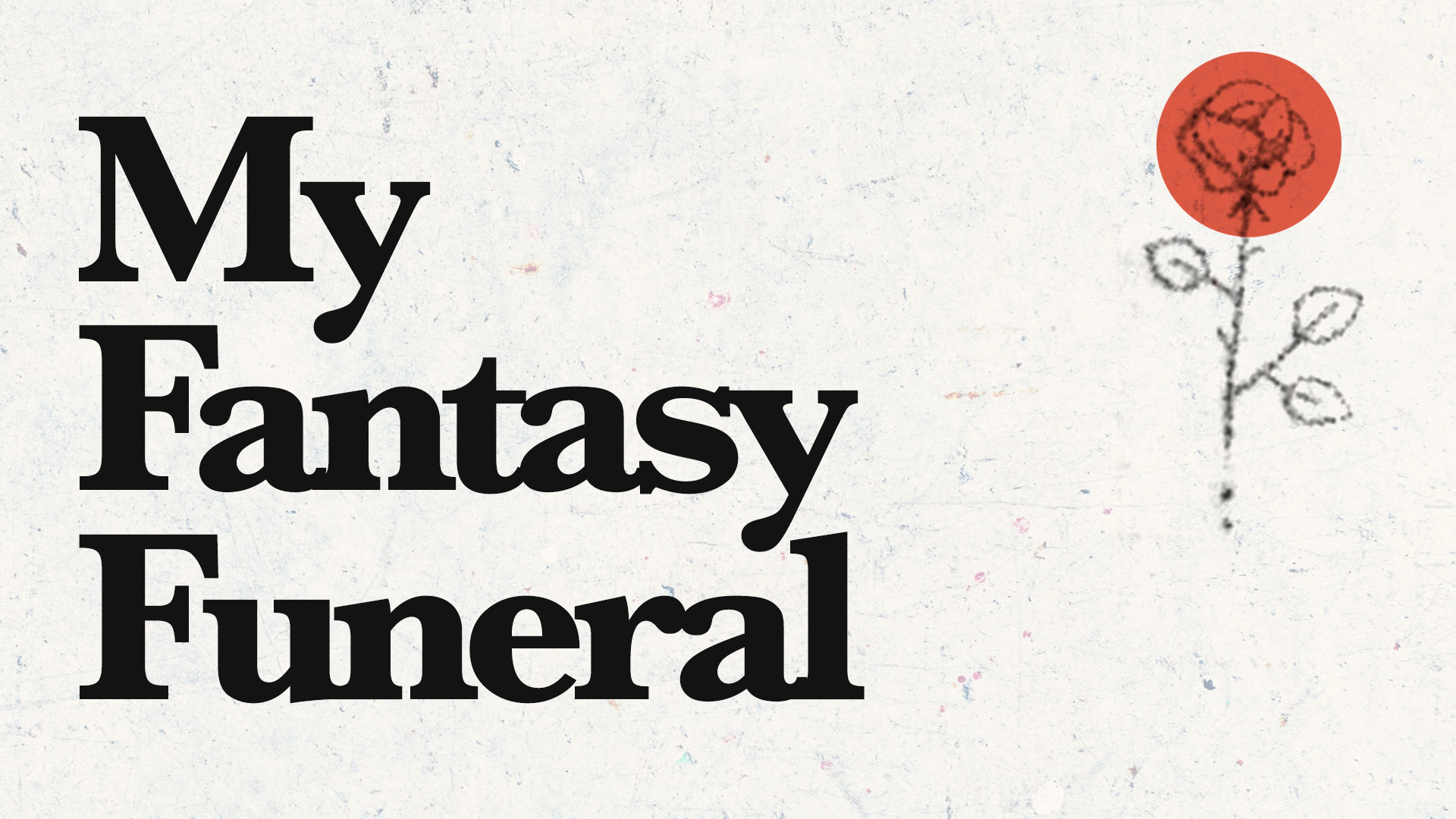 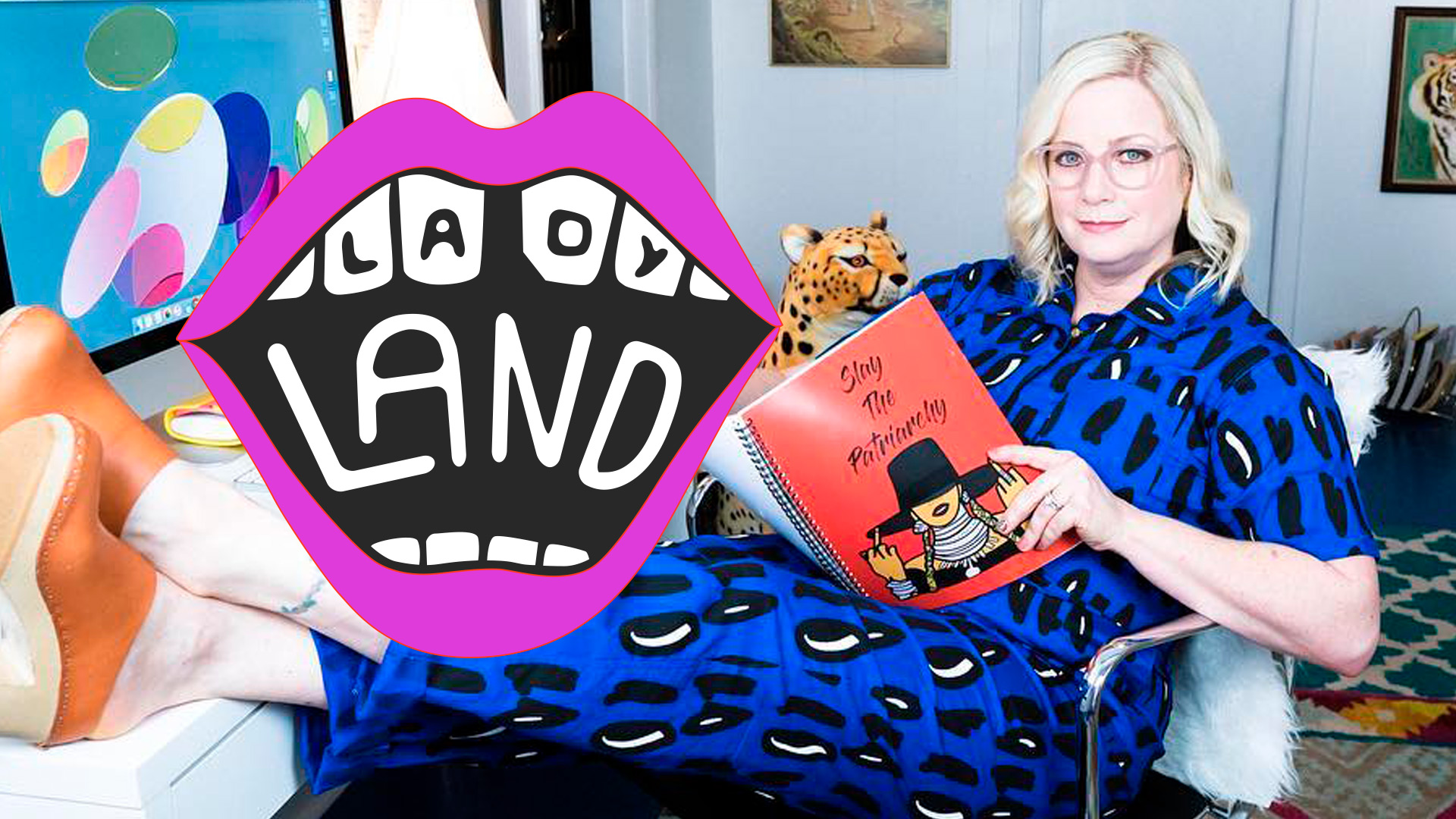 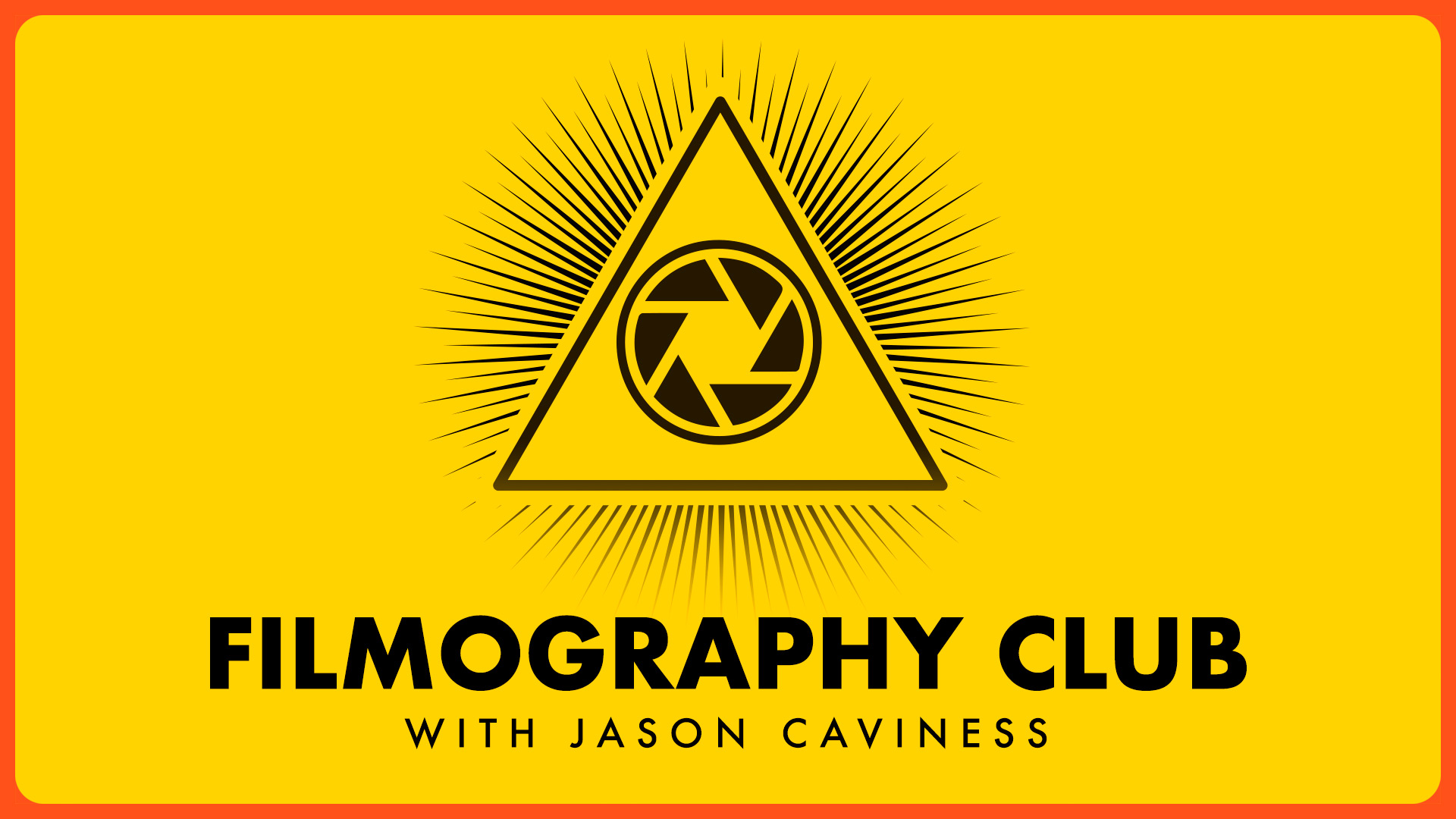 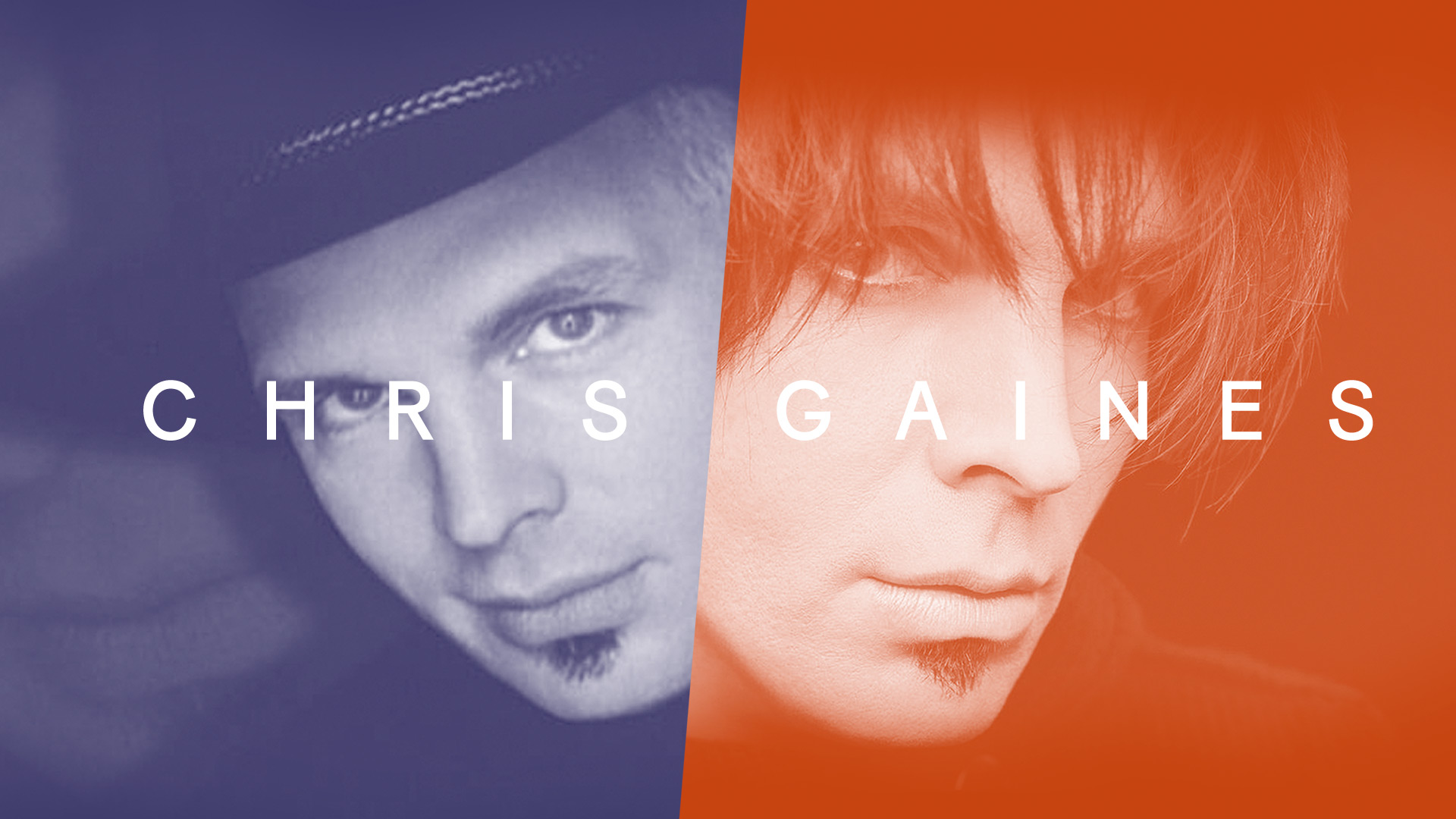 While we had plenty of new episodes from existing shows like San Dimas Today, Liquid Gold, Hott Minute and fan/fiction, we also added several new voices and stories to the fold in 2019. If you haven’t tuned in to any of these wonderful new offerings, now is the time to catchup.

Nashville Demystified – host Alex Steed moved to Nashville in February of 2019 and immediately set upon learning all he could about his new city. This show documents those conversations and discoveries. As it is published weekly, it is hard to say where to start here but you can’t go wrong with The Nashville Flame, Remembering Ernest P Worrell or a history lesson in Nashville’s White Supremacy Bombings.

Thick as Thieves – hosts Veronica Kavass and Sara Estes have both worked in art museums and as Private Investigators. As such, they are well equipped to talk through various Art Heists; as that intersection is right up their alley. Every heist is compelling but start with Abstract Expressionism in Tucson, AZ.

My Fantasy Funeral – Imagine you are dead. What songs would be played at your funeral? Who would give your eulogy? Where would your remains rest, forever more? These questions, and plenty more, are posed by host Ryan Breegle to a wide variety of guests to help unearth their life stories. You can’t go wrong with any episode but if you’re looking for a place to start, go with Bang Candy’s Sara Souther or multi-instrumentalist Larissa Maestro.

Ladyland – Kim Baldwin has been interviewing women from a wide spectrum of careers for years but 2019 found her renovating the format into a captivating conversational podcast. We recommend starting with Freya West for some insights on body and sex positivity or Tisha Wilson for some jaw-dropping time management. From there, you’ll be hooked.

Filmography Club – Film criticism is a tough art. Go too far down the rabbit hole and you sound like a pretentious prick, fail to contemplate the works at head enough and you sound like a dummy. Host Jason Caviness looks to refine those skills by tackling the body of work of one filmmaker per season and bringing in experts to discuss the creations. Season 1 is all about Paul Thomas Anderson, so start at the beginning with Hard Eight.

Chris Gaines: The Podcast – Hosts Ashley Spurgeon and Michael Eades share an unhealthy obsession with the brief period of time in 1999 when country superstar Garth Brooks revealed a fictional persona to the world named Chris Gaines. The two of them go deep on all the details in celebration of the twentieth anniversary of the reveal. You gotta start at the top.

We’re a small operation over here at We Own This Town but through the course of 2019 we managed to push some fairly impressive numbers. There’s just over two hundred new podcast episodes totaling over 155 hours of listening. That’s nearly a solid week of listening to back-to-back episodes every day, Sunday through Saturday, to hear it all.

We also published reviews and debuts for over 120 music releases. Given the onslaught of releases for a given calendar year, that’s not nearly covering everything but it’s still a helluva lot of great new music for you to hear.

We also ran a bunch of fake billboard ads that, despite the poor Photoshopping, trick a good deal of folks! We sponsored some shows, threw our own parties and helped facilitate some great absurdity… just to name a few highlights. Not too shabby.

Looking ahead to 2020, we plan to stay the course. We’ve got several new shows in the pipeline, some favorites coming back for new delights and aspirations to get out into the real world more. We are immensely thankful for anyone taking the time to read, listen or share what we’re doing. We’re indebted to you and can’t wait to keep churning out better and better treats.