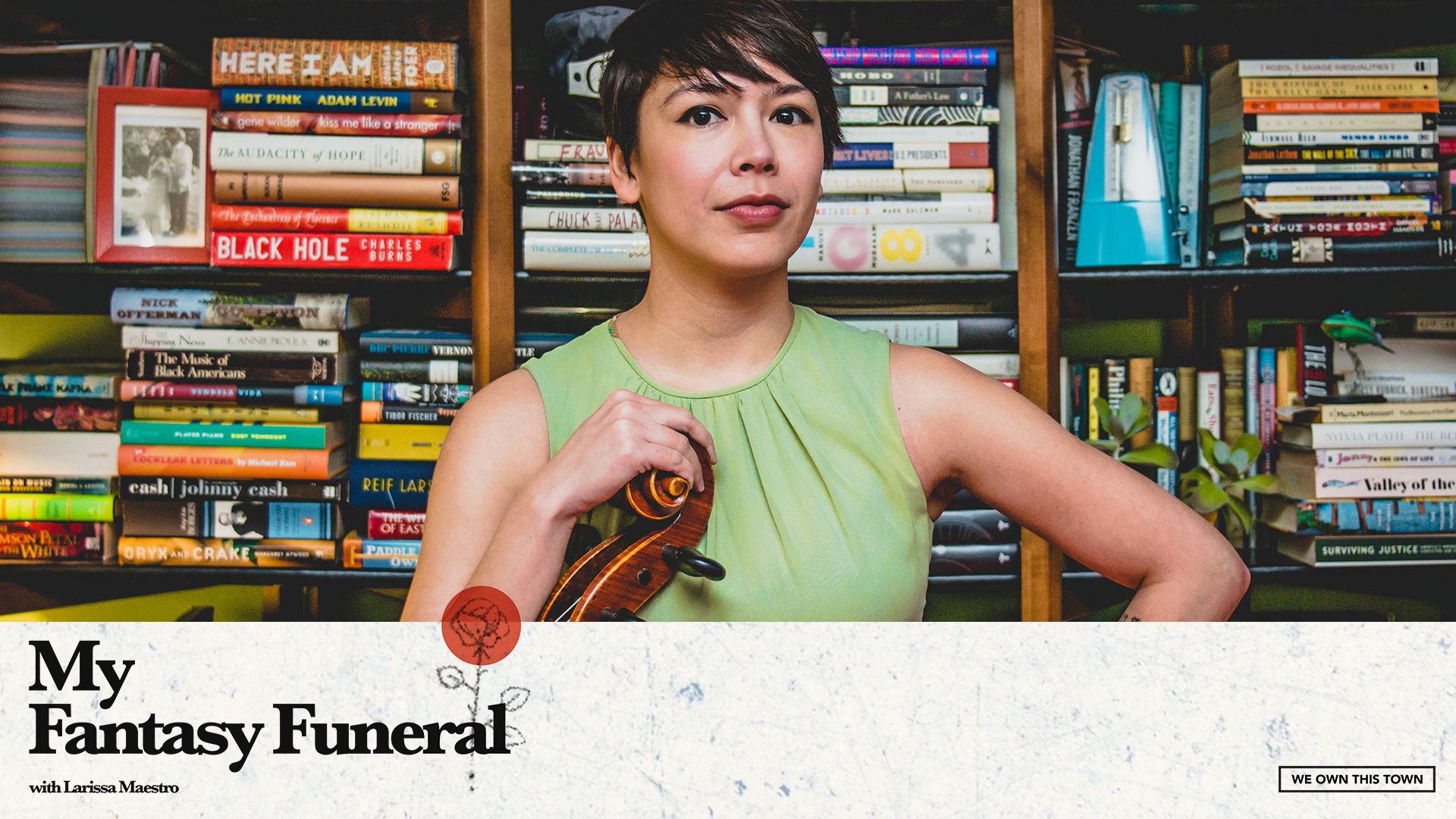 Larissa Maestro is a cellist and a co-founder of the Nashville Concerto Orchestra. The daughter of two scientists, she was raised in Ithaca, NY, in a community that strongly encouraged her mother’s Philippine heritage. She was drawn to the cello as a child, further inspired by the passionate playing of Jacqueline du Pre. Larissa is now one of Nashville’s most in-demand cellists for live performances and studio work, having played on recent albums by Margo Price, Caitlin Rose, and Jasmin Kaset.

On this episode of My Fantasy Funeral, she and host Ryan Breegle discuss the importance of Nashville having a locally sourced volunteer orchestra, the 90’s songs she loves and hates singing with My So-Called Band, and how the small, intimate moments of our lives really make us into who we are.