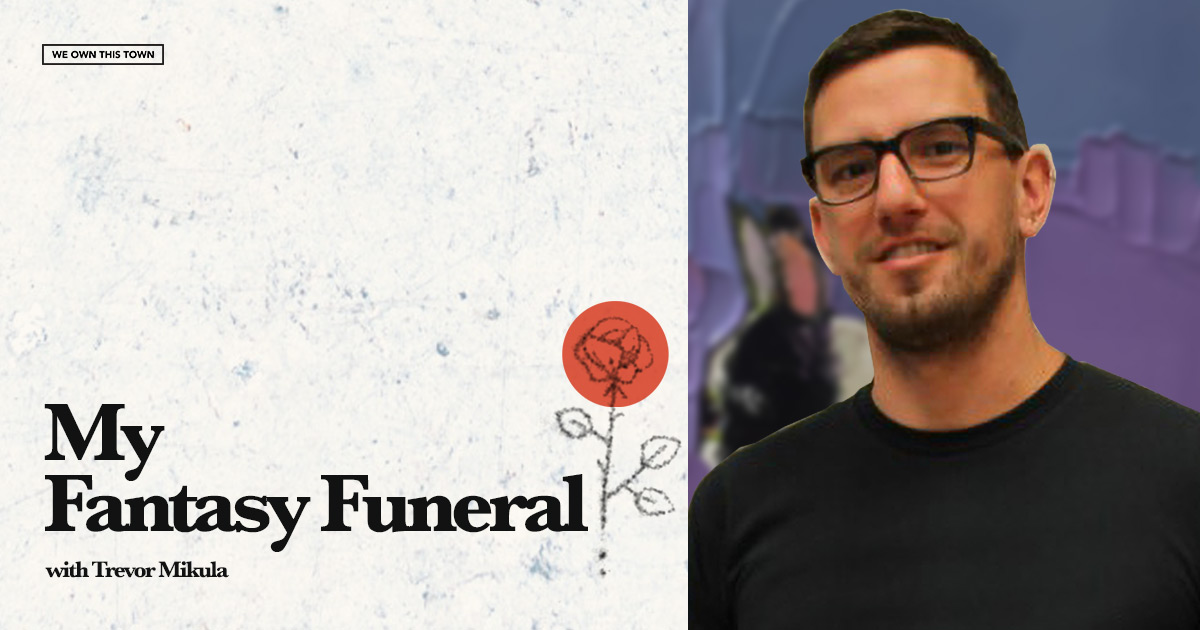 Trevor Mikula is a painter whose bright and whimsical depictions of animals and flowers have gained him a devoted set of fans all over the country. At an early age Trevor knew he was gay, yet he felt compelled to hide his desires as he got older. Raised by very strict Christian parents, he and his siblings were cut-off from the world — not even allowed to have a TV in the house. But he attributes much of his vivid imagination and lust for life as a reaction to his sheltered upbringing.

On this episode of My Fantasy Funeral, he and host Ryan Breegle discuss the pull that the art community of Provincetown, Massachusetts has on him, why it is important for him to give back to the LGBTQ homeless youth of Nashville, and how he would like to be remembered for decorating the lives of everyone he has met.