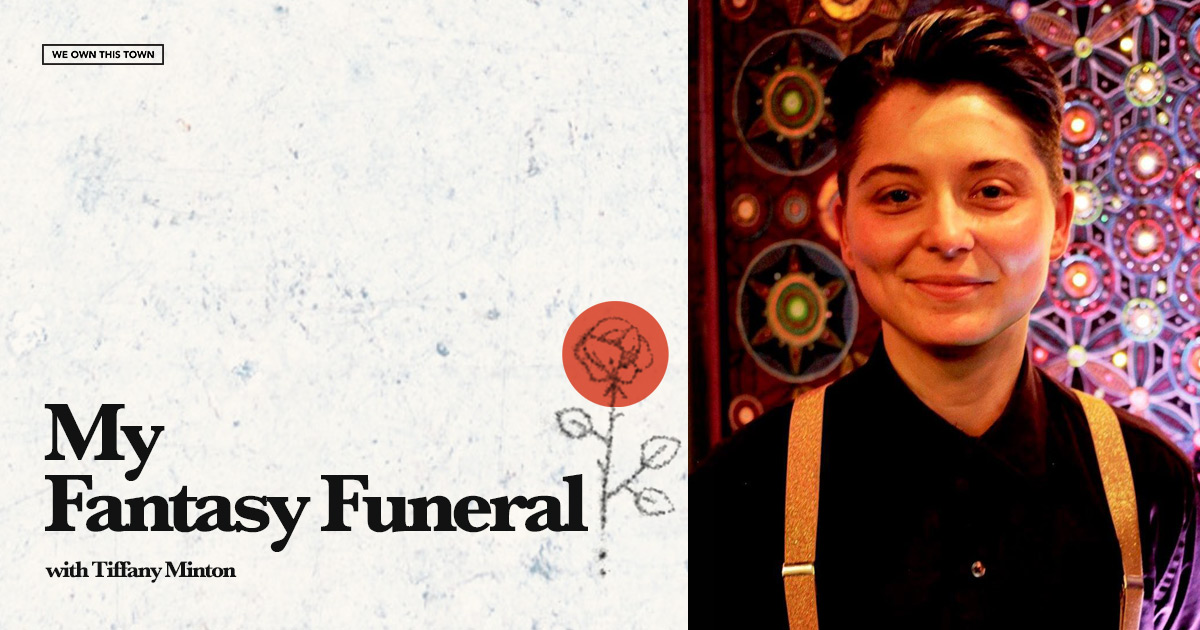 Tiffany Minton is a drummer and social activist who co-founded the She’s A Rebel tribute show, now in its fifth year. This annual event pays tribute to the girl groups of the 1960’s and is produced entirely by Nashville women. Tiffany believes this type of inclusion could happen in all areas of Nashville’s music industry as long as the intent is there.

On this episode of My Fantasy Funeral, she and host Ryan Breegle discuss the early days of her queer activism efforts, the message of hope she wants her funeral songs to convey, and the fantasy eulogy given by her friend whose own eulogy Tiffany delivered two years ago.