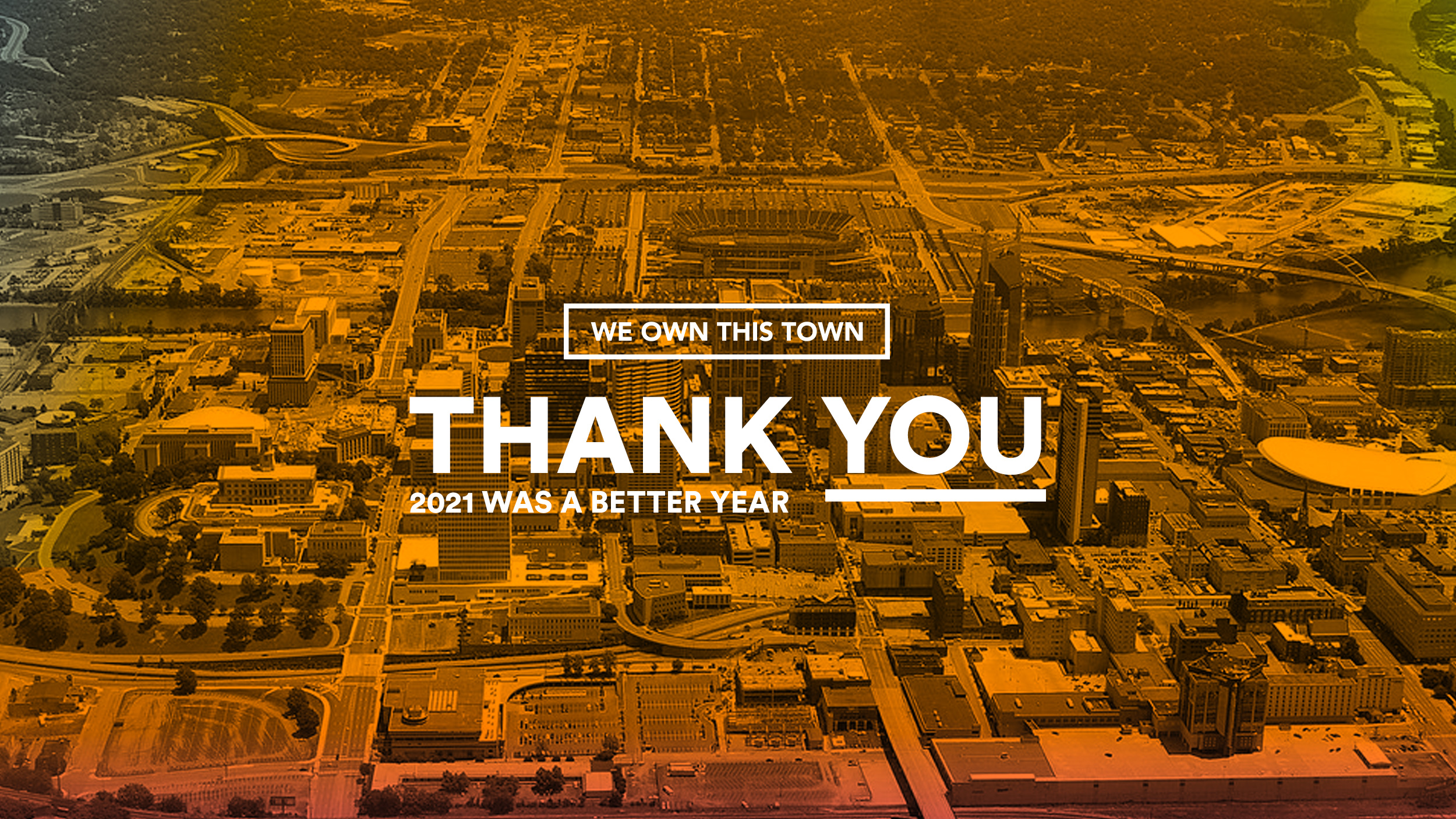 By all weights and measures, 2021 was a better year than 2020. Granted, the bar was extremely low but we saw vaccines be released and administered to millions of people, we saw in-person events return and, to some degree, embraced a version of normalcy. There were still plenty of challenges, losses and disappointments (including the current Omicron variant that we’re facing down this very moment) but 2021 had more good things than bad things. That’s a win.

In last years wrapup, I made the somewhat corny declaration that the ethos of We Own This Town is that we’re stronger as a community when we support one another. I hope we’re able to continue lifting one another, fighting the battles that need to be fought together and working to save the places that deserve to be saved (see: The Groove).

We Own This Town is a phenomenally small operation and we are incredibly grateful to everyone that has listened to any of our podcasts, liked any of our posts or generally interacted with us at all over the past year. There are countless options for entertainment out in the world and it means a lot that you’d spend any of your time with us. In other words, Thank You from the bottom of our hearts.

Based on the high level metrics shown above, We Own This Town had a solid year. We actually produced fewer podcasts than the year before but I’m not one of those folks that insists on a trending graph up and to the right at all times. For all the bad of 2020, it did leave people with more time to make media. It’s a good thing that we did less because, hopefully, it means that everyone involved in this little endeavor got to return to living their lives a little bit.

That’s not to say 2021 wasn’t without it’s notable events! Let’s Face the Music wrapped their first season of investigating the stories behind the Great American Songbook. Memento Stori wrapped their first season with a memorable episode featuring Dycee Wildman. The Hills Are Alive both wrapped their first season and kicked off their second season (a walk through the decades of musical cinema). San Dimas Today put a bow on their series as a whole by interviewing Bill & Ted co-creator Ed Solomon. Ladyland had an insightful third season of interviews with the likes of Betsy Phillips, Odessa Kelly and Ciona Rouse to name but a few. Into the Wormhole kicked off a new season and dove into some deep tangents about the realms of Trek. Liquid Gold kicked off a fourth season (a first for any WOTT show) and spoke with the likes Alice Randall, Lisa Donovan and Amy Stewart – authors who appreciate the literary connections to booze. Nashville Demystified returned from their slumber and published some great episodes; including the wonderful Bell Witch series. Filmography Club returned for a third season examining the body of work from auteur Denis Villeneuve, an ongoing effort. This is the Place kept us informed on some of their favorite new places to eat and drink. WOTT Music managed to publish a new episode every week focusing on the myriad of genres pouring out of Nashville; the third year in a row it’s been a weekly endeavor!

Oh, and we welcomed Mom Cult to the roster of shows available from our platform. Hosts Joy Todd and Sarah Parker Masse talk with various mothers to discuss the trials and tribulations of parenthood. Their tagline is likely our best ever: Real moms. Real talk. Real tired.

As I noted above, We Own This Town is a small operation. For the most part, the editing of each show is taken care of by the hosts and almost every bit of text you read on this site is written by one person (hi!). That’s all to say, there’s an extraordinary amount of work involved with everyone involved here and that just makes your recognition of our undertakings that much more appreciated. If we were some mega-corporation, your listens would go unnoticed but we’re aren’t and they don’t!

We’re already planning on some new shows for 2022 and hope to keep building a community that lifts one another up, while also providing some entertainment both virtually and in real life.

Please feel free to get in touch if you have any thoughts, ideas, requests or general feels. We’re also available on Instagram and Twitter, should you prefer a DM over an email.

Our work here is only worthwhile because of the community supporting it. That’s you. It may be corny but We Own This Town has always meant to be inclusive. It’s You. It’s Me. It’s Us. We Own This Town.. Together.