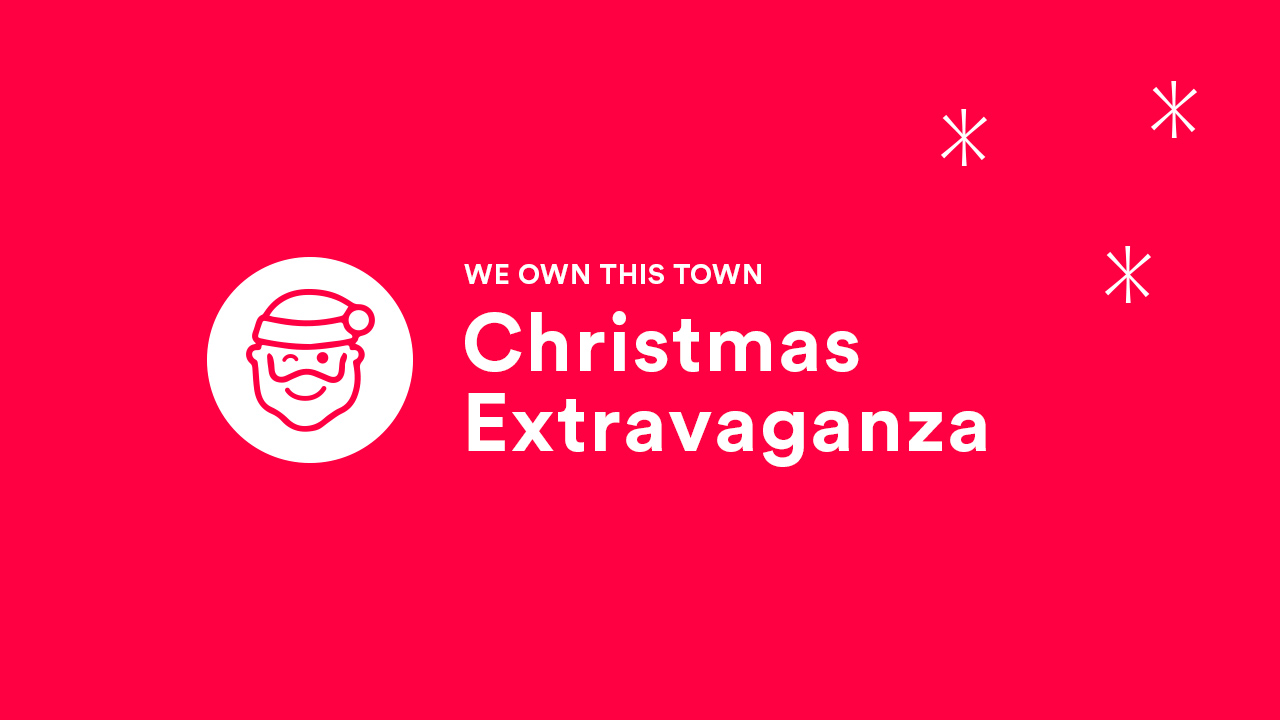 The Christmas season is upon us and there’s a lot of holiday appropriate music created by Nashville area artists that should be enjoyed during this time. As music journalism shifts their gaze to Year End roundups and we all review our Best of Spotify playlists, take a moment or three to heavily indulge in these local creations that have a short shelf life. Herein, a handy guide to some local holiday music goodness. 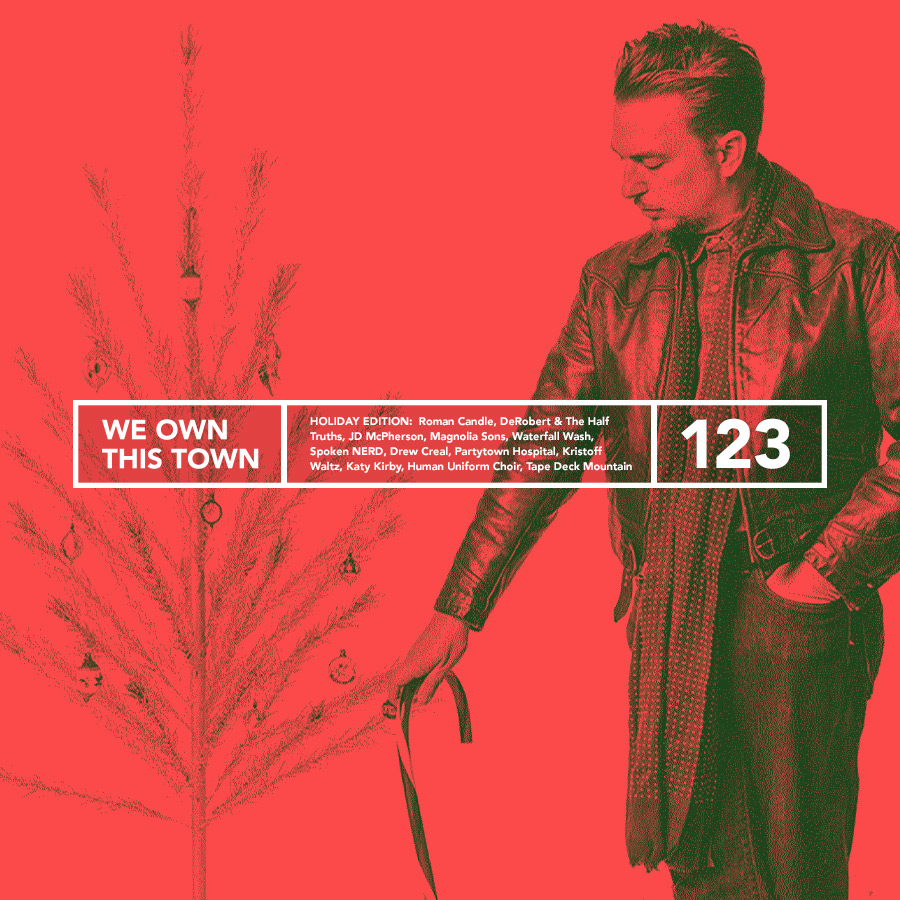 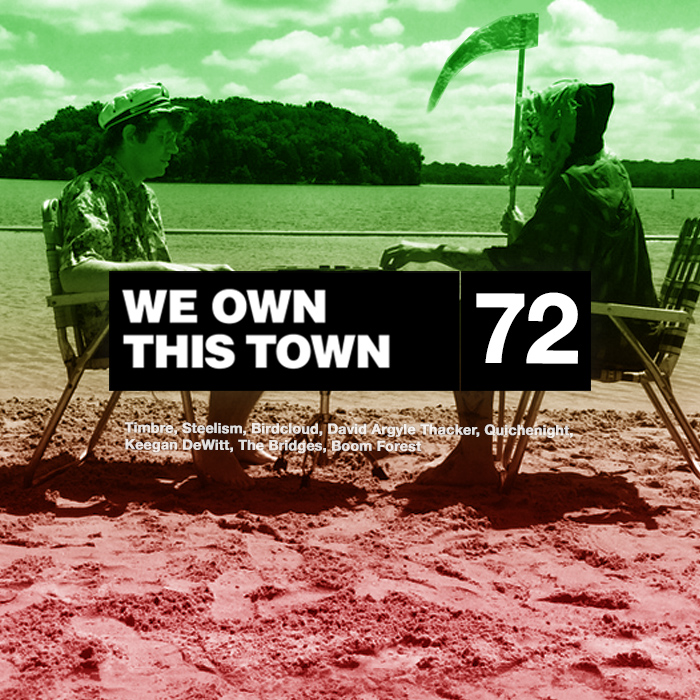 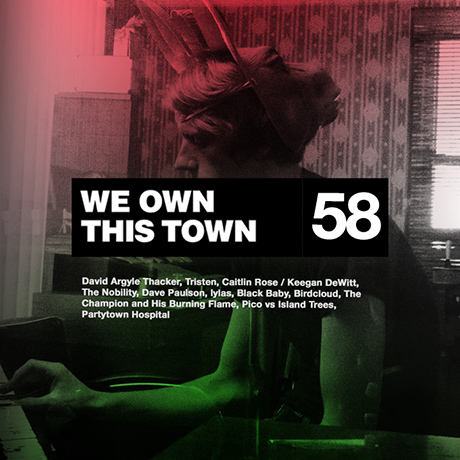 First and foremost, we must recommend our own WOTT Music podcast, which just so happens to have a handful of episodes dedicated to holiday music already. Dive into Volume 58, Volume 72 or Volume 123 for full on episodes dedicated to the cause (bonus, Volume 122 has half an episode additional holiday goodies).

If you’d prefer a more discrete look at some of those offerings, scroll on!

To start, let’s have a look at some of the more traditional offerings out there…

Joe Pisapia – Cosmic Christmas
As mentioned in the full review, the latest from Joe Pisapia could have been a highly traditional guitar and vocals pairing as his voice is so distinctive it would have stood out. However, while still a subtle album, the details are robust and enjoyable. Give “My Little Drum” and “I’ll Be Home for Christmas” a spin.
Little Bandit – Christmas Alone
Released in 2017, this EP of traditional Christmas songs just recently found its way to all the streaming services. The three songs offered here are minimal in instrumentation but brimming with emotion thanks to the deep crooning abilities of Little Bandit himself, Alex Caress. This is definitely one best enjoyed with a small snifter of cognac and a roaring fire to stare into.
Magnolia Songs – “My Favorite Season / The Christmas Joy”
For me, traditional Christmas songs come in the form of 50’s and 60’s melancholy ballads or supercharged R&B tracks from the same era. Magnolia Sons always had a penchant for capturing that R&B sound and this single oozes with that style.
Ron Gallo “White Christmas”
To describe it, this track from a 2017 Bloodshot Records compilation would register as Gallo doing the most straightforward version of the song possible but the subtleties throughout give it a somewhat off-kilter feel. The warbling guitar, the languid vocal deliver and the surprising guitar sound all make for a delightfully unique version.
Max Abrams – Christmas Jazz, Vol 1
We generally cover exactly zero jazz albums here on WOTT but that doesn’t mean we can’t appreciate it when we run across it. Some saxophone, some piano tinkling, a guitar flourish, some brushed drums and, occasionally, a pleasantly baritone vocal are what you’d expect to hear and that’s exactly what you get. It doesn’t get much more traditional than this but, quite frankly, it’s a welcome addition to the Christmas library. It may not unearth anything new in the genre department but it does a damn fine job of crushing it in the Pleasing Department. Note, there’s a Volume 2 and Volume 3.

In researching these Christmas albums it was pleasing to find a number of compilations that put together the collective efforts of many groups of bands. Not only are these enjoyable to listen to, they also give a small bit of insight into the pockets of artists supporting one another.

Miki Fiki Charity Compilation 2017
Just doing a quick sweep of the tracklisting here reveals contributions from a number of WOTT favorites – Katy Kirby, Safari Room and Zook to name a few. There’s also a few songs from what I can only assume is a supergroup of efforts entitled The Human Uniform Choir featuring Tinkers, Joelton Mayfield and Julianna Zachariou; all names that were completely new but clearly worth investigating more.
The Charity Compilation
Don’t be fooled by the unassuming title, this is a phenomenal listen that acts as a precursor to the above Miki Fiki compilation. Tracks from Kristoff Waltz, toehead, and (again) Katy Kirby are easy entries into this gathering. The biggest allure here is the ability to swing from a believably sincere offering to an absolutely ridiculous one. Case in point, check out the Blaketheman100 track “Luke Skywalker” or Peters Jacket “Leg Lamp” – both perfectly silly but still perfectly Christmas.
No Sleep Til Christmas
Okay, admittedly, this compilation features a lot of bands from other areas way outside of Nashville. Local highlights include Krampus (The Dark Side of St. Nicolas)” from Spoken Nerd, quality shoegaze from Tape Deck Mountain with Christmas Time is Here and “Last Christmas” from Christopher Sur but I’d be remiss if I didn’t also recommend some of the out of towners (despite that not being our goal here at WOTT). So, yea, please do Counterfeit Money Machine’s “The Wet Bandits” Cantalouper’s It’s a Very Rock and Roll Christmastime and Milka’s “Monbijou.” It’s the holidays, we can spread the love.
G.E.D. Soul Records Super Soul Christmas
With R&B / Soul contributions from the likes of The Coolin’ System, Del Robert & The Half Truths and Magic in Threes any one of these would be enjoyable standalone singles but as a compilation, their funky powers combine! This version of “We Three Kings” contains both a traditional trumpet lead and a zappy keyboard; not something you get to stumble in to very often. This was released in 2011 but given the style of these tracks, they register as timeless.

While there may be some traditional songs peppered within these offerings, it’s great to see artists stretch out and offer their own original tracks.

JD McPherson – SOCKS
With track titles like “Bad Kid”, “Ugly Sweater Blues” and “Skinny Santa”, it’s clear before you even hit Play on this one that you’re in for a good time. McPherson delivers ten tracks that manage to maintain an uproariously upbeat vibe for almost the entirety of the record. He, wisely, gives a few beats of more relaxing numbers but it’s only for a moment before the pace picks back up.
Wyatt Funderburk – “Merry Christmas (I’m In Love with You)”
What starts as an almost emo-crooning track turns into a doo-wop inspired little ditty. It’s certainly a bit corny but sometimes that’s just the right fit for the season.
Quichenight – War on Christmas
This EP, as well as the precursor A Very Quichey Christmas, have been mentioned on this site plenty of times before. Fortunately, the insistence to dive into these tracks is well earned. Quichenight’s ability to fuse melancholy with self-effacing lyrics with a bit of wry wit is rarely a combination found in Christmas songs.
Isaac Gill – Christmas Cactus
While holidays can be viewed with cheer and delight, there’s plenty of situations where heartache plays the primary role. Lost loved ones no longer at family meals and reflection on years past can hit you hard. Isaac Gill’s EP of songs is a stripped down offering of reverb-y guitar and authentically fragile vocals. Reading the liner notes for the album give it a crushing context that I won’t even share here as it’s almost too much to bear.

God Bless these folks for making Holiday Music that defies tradition, expectations and, sometimes, listenability. God Bless everyone one.

Drew Creal – Carl the Christmas Squirrel and the Sugar Coated Arpeggio Gumdrop Candycane Forest
The four minute intro track here sets up the story of The Sugar Coated Arpeggio Gumdrop Candycane Forest, the evil Lord Zorlart, our hero Carl the Christmas Squirrel and his four best friends Chippy the Guitar Playing Chipmunk, Billy the Bass Playing Bear, Harley the Drumming Hedgehog and the keyboard playing Mr. Fox. If that sentence alone isn’t enough to draw you in to listen to this then also be aware that it’s a metal album. The album is a fury of shredding guitar, double bass drums and growling vocals weaving between traditional tracks and those that continue the story of the record. Unreal in all the best ways.
Partytown Hospital – A Very Partytown Hospital, Too
For reasons beyond explanation, Partytown Hospital has managed to strike the balance between completely unlistenable and absurdly enjoyable. This album, and the accompanying, Another Partytown Hospital Christmas? Three! are undeniably awful. Poorly performed in every respect but there’s a bizarre charm to its poorness. Maybe it’s because the band is comprised of legitimately talented individuals who are, clearly, just fucking around or maybe I’m a sucker for Cringe experiences. Deciphering the appeal is impossible and one shouldn’t even try.
David Argyle Thacker – The Mouth Trumpet Christmas Album
This album has been mentioned on this site every year around Christmas time since it’s original release in 2012. It’s overkill but rarely does an artist set out to make a charming, feel-good, album and actually accomplish that goal. To be perfectly honest, the two minute “Jingle Bells” gets me every single time and the rest of the record is simply an extremely pleasant framing for that song to exist in perfection. As long as this site exists, this album will be mentioned.