Independent venue DRKMTTR has launched a Patreon complete with unique backer rewards. Support them to help them survive to the other side of the quarantine.

As noted in our piece about the formation of the National Independent Venue Association, independent music venues are in trouble. In Nashville alone there are approximately twenty venues that are lobbying the government for financial assistance in order to continue operating into the future. While some of them have found interesting ways to stay afloat through food and drink offerings (we see you Exit/In), many do not have that option and are looking for novel ways to survive to the next phase.

Enter DRKMTTR, the Dickerson Rd. venue that caters to all ages events, a smattering of bands across a wide swath of genres and an operating ethos born from the DIY movement. We are, unabashedly, huge fans of what they’re doing. Founders and co-owners Kathryn Edwards and Olivia Scibelli joined us for an interview way back in January 2019 and Edwards guest curated a WOTT Music episode for us on Episode 167. Listening back to those pieces, it’s clear that they understand how to build a space that is community minded, safe for everyone, forward thinking and filled with music that has passionate audiences. That said, they haven’t had a show for the past three months.

After launching a GoFundMe to keep them afloat for the short term, the venue has announced that they have launched a Patreon campaign to allow supporters to keep them going for the long term. That said, they aren’t offering this up as a charity; they’ll be giving early access to announcements, early pre-sale tickets (when shows restart) and even videos of shows to name but a few of the benefits. The “Do-It-Yourself” mentality may be the foundation of their thinking but “Do-It-Together” is now the only way to ensure a future for their space, and spaces like theirs. 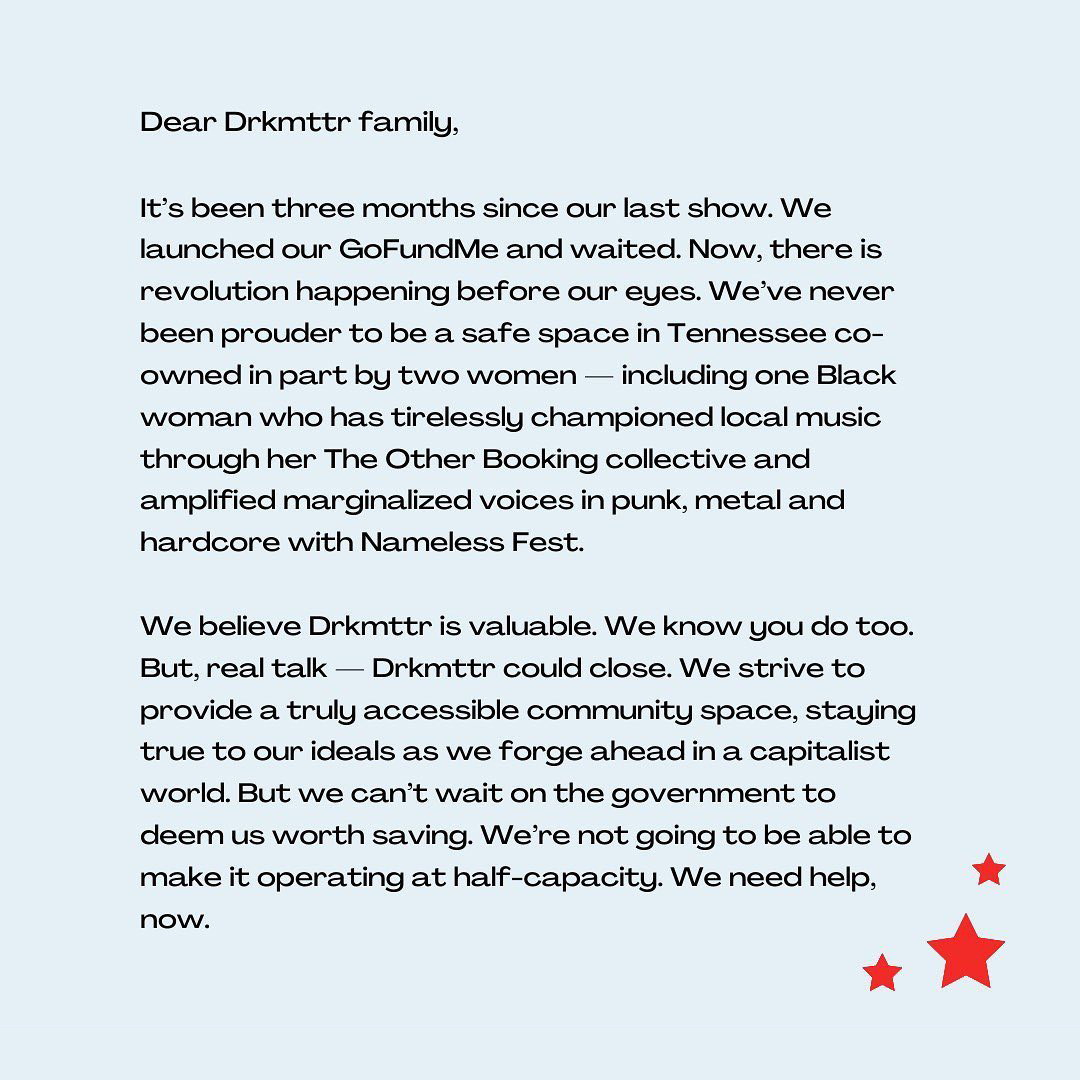 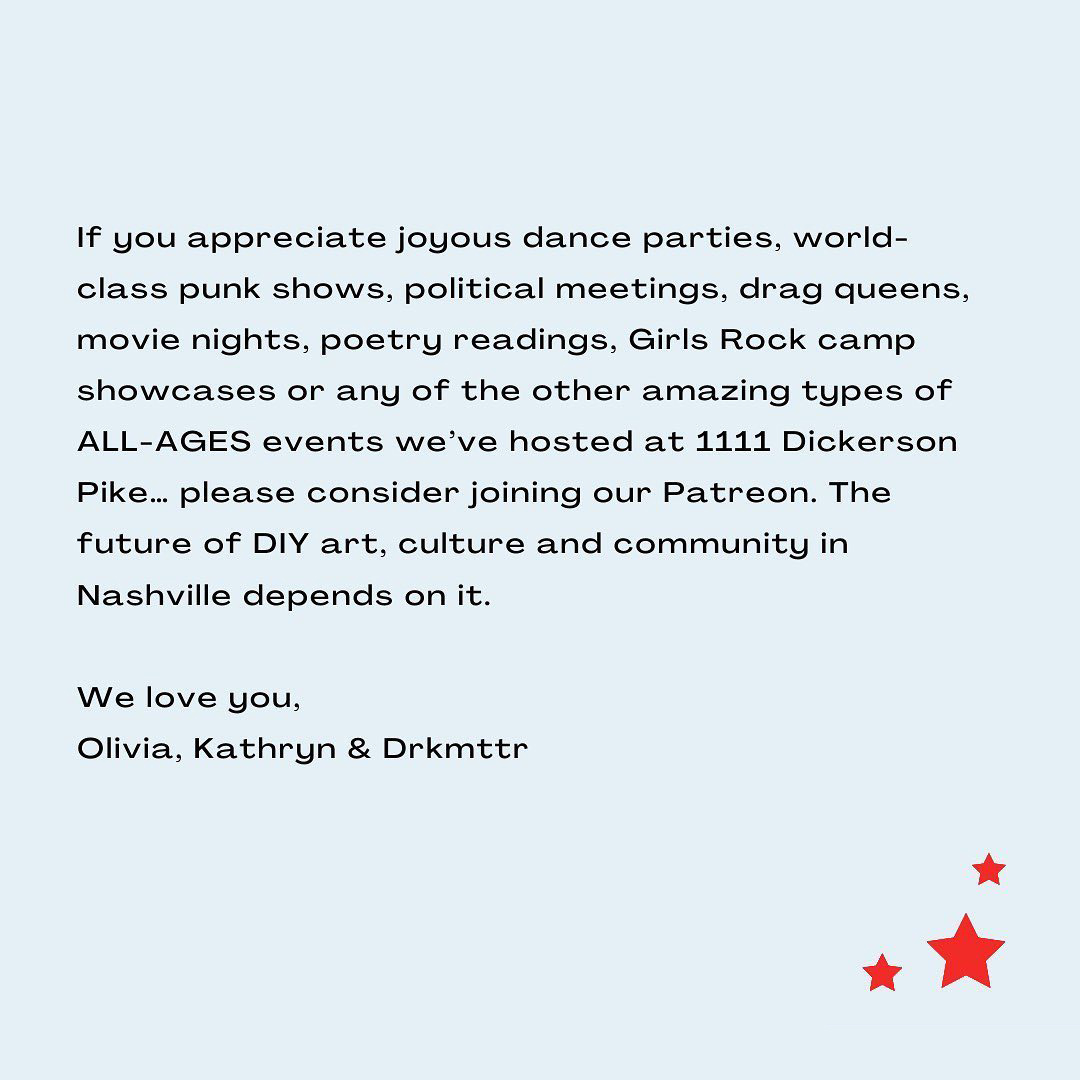 The highest tier they are offering is $15/month, the lowest being $5/month. Given that unemployment rates are at record highs, that may seem difficult for some but, for many, there’s a surplus of expendable income due to a total lack of shows and going out. If you’re able, it’s a damn sensible idea to take that budget and put it towards DRKMTTR, a venue that is unique in their bookings, in their community involvement and their ability to ensure a healthy ecosystem for touring bands.

It’s entirely plausible that this will become the New Normal for venues for the remainder of the year and, speaking personally, I’m open to it. Going out to see bands play is a unique experience that can’t be replaced by any digital experience and ensuring that those experiences can exist in the future is imperative for the culture of our city. DRKMTTR and countless other independent venues in town would be a shame to lose as they provide a meeting ground for creativity, inspiration and socialization; an activity that feels altogether foreign four months into a quarantine.

Together, we can work to survive the historic headspin that is The Year 2020 and welcome a brighter future on the other side. If you’ve got it in your budget, support DRKMTTR.