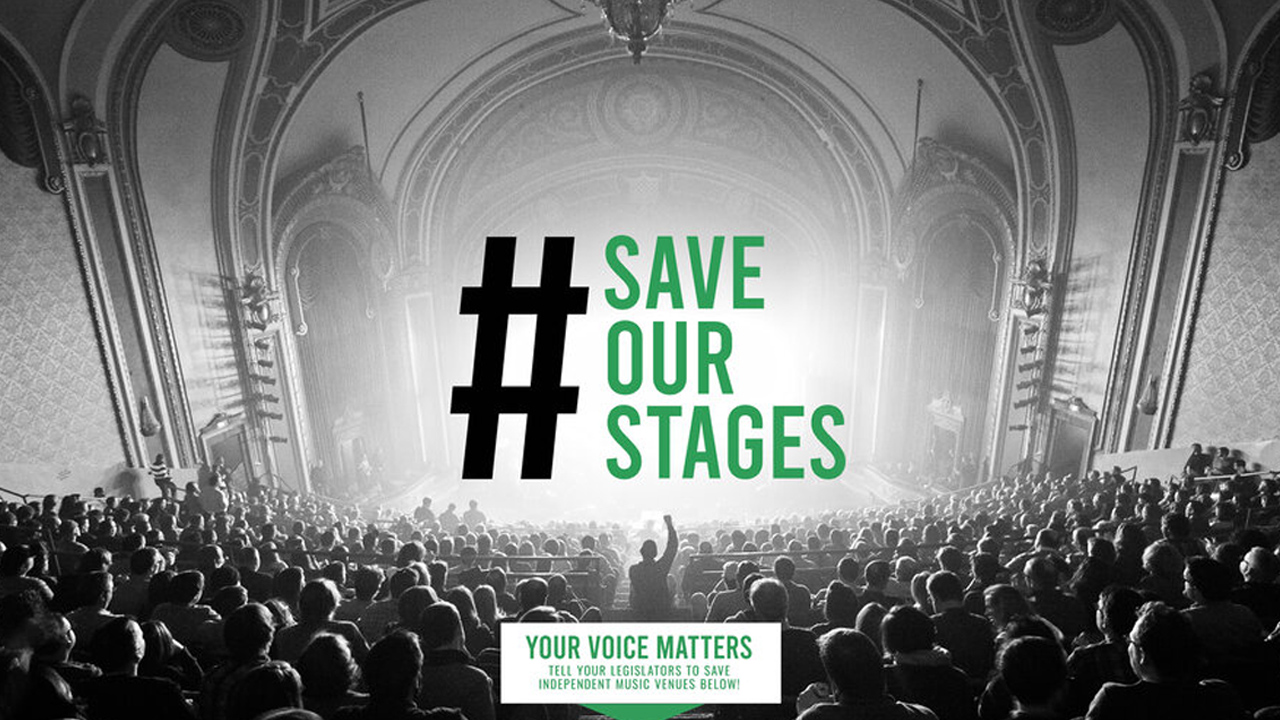 The TLDR of this piece is simple, go here and tell your legislators to help save independent music venues!

One of the earliest victims of the novel coronavirus, COVID-19, was the music venue. While measures were taken to keep patrons safe early on, it became clear that stuffing people together into an enclosed room for an extended period of time was, at its core, just not a healthy way to proceed. In Nashville, venues like The 5 Spot closed their doors early on to act as a security measure for the community and their staff, resulting in a Community Fund to help stave off the closure being permanent. Soon thereafter, venues like DRKMTTR and Exit/In started their own fundraising campaigns to raise awareness of the dangers they, too, faced. But these individual voices can only carry so far; banding together would make them stronger.

Nashville may be known as Music City but it’s far from the only metropolitan area with performance venues hit by the crushing economic impact of the pandemic. At the same time that venues were safely closing their doors, musicians were cancelling their tours and festivals were forced to reschedule or shutter entirely for the year. The entire live music economy came to a screeching halt across the planet. Artists have been able to find opportunities for exposure and donations through various streaming services but venues are left out of the equation.

That’s a lot of background information that you’re likely already woefully familiar with. What you might not know is that independent venues across the country have come together to form NIVA, the National Independent Venue Association. This coalition of spaces was formed by Dayna Frank of the infamous First Avenue venue in Minneapolis (Prince played “Purple Rain” live for the first time in 1983 there) and quickly grew to include board members such as Stephen Chilton of The Rebel Lounge in Phoenix, AZ and Justin Kantor of (Le) Poisson Rouge in NY. The list of venue members is immense, an endless scroll of clubs undergoing similar ordeals. Their goal is simple; lobby the government for special tax relief and loan programs designed for venues.

The federal government has provided several stimulus packages for small businesses but the structure of those loans isn’t designed precisely for long term closures. Put frankly, these venues have no end in sight for when they may re-open and covering payroll taxes for two months is a welcome reprieve but insufficient. NIVA has hired the lobby group Akin Gump Strauss Hauer & Feld to pitch their needs to the government but the effectiveness of that pitch increases exponentially the more voices that call out to their representatives to save these spaces.

To cut to the point, Nashville venues 3rd and Lindsley, Bucanas, Cannery Ballroom, City Winery, Drkmttr Collective, Exit/In, Mercy Lounge, Play Dance Bar, Rudy’s Jazz Room, Ryman Auditorium, Springwater Supper Club, Station Inn, The 5 Spot, The Bluebird Cafe, The Blue Room at Third Man Records, The East Room, The End, The High Watt, The Franklin Theatre and promoters Apogee Promotions and The Love Noise Group have joined NIVA. Even if you’re a relatively resident of Nashville, the likelihood of having seen a show at one of these establishments is very high. These destinations span a wide variety of genres and support for musicians of all kinds; large and small, punk and country, electronic and acoustic. These are places that make Nashville unique and provide experiences that no Instagram stream could come close to recreating.

These places need help to survive. Purchasing merchandise and donating to GoFundMe campaigns is helpful and should absolutely continue to be a practice we all participate in (funds permitting) but getting federal assistance will go a long to helping all those in need. NIVA has setup a Take Action page where you can submit a letter to your representative, asking them to help in this endeavor. It takes less than a minute.

Further help comes from simply spreading the word. Use #SaveOurStages on your preferred social network to join the voices of others trying to do their part to keep these places in business. It’s crucial to the health of Nashville.