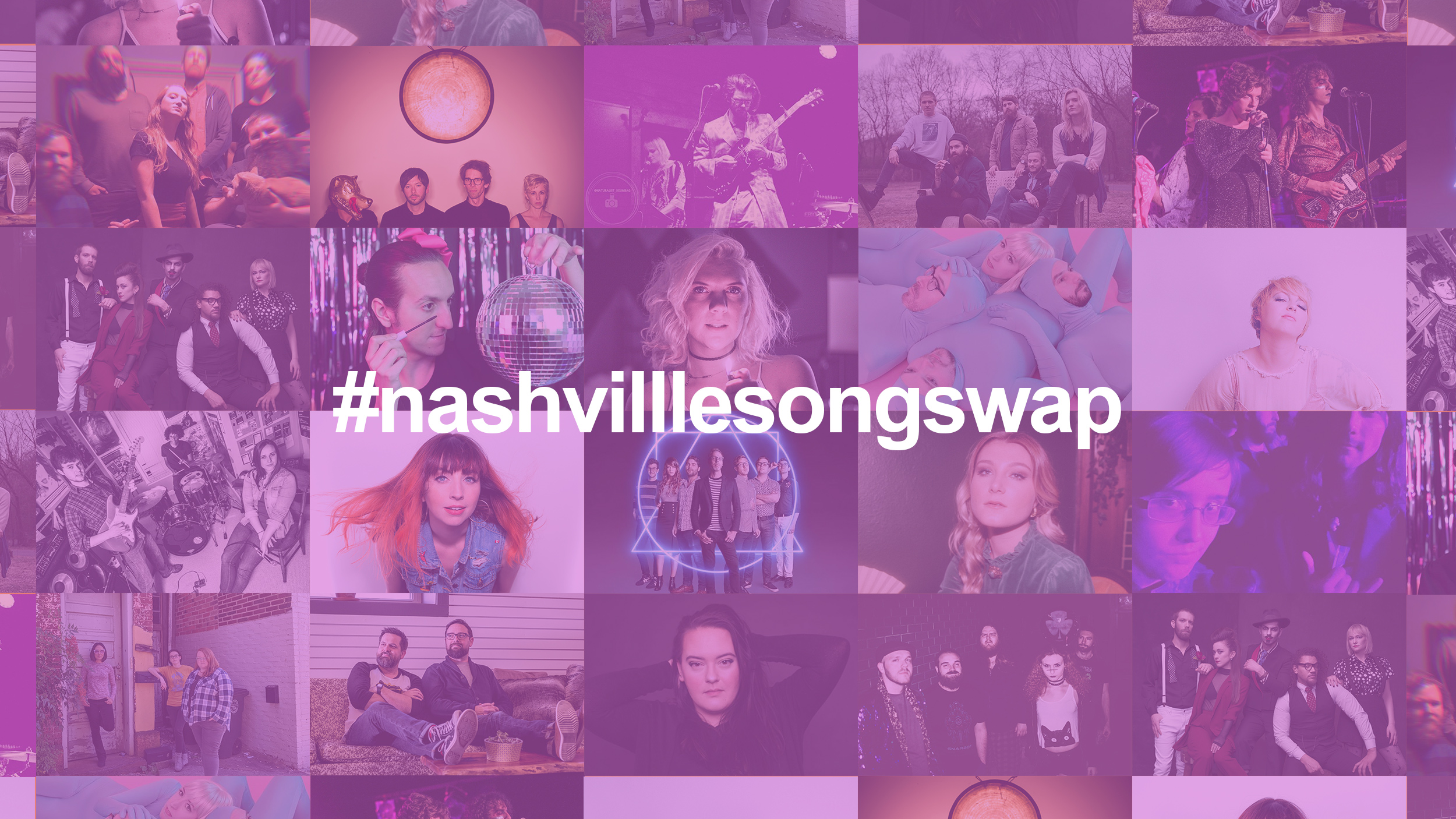 Erin Lightning and Zach Ferrin of Fable Cry have organized a fascinating undertaking by the name of Nashville Song Swap, in which a hat full of local band names were drawn and assigned to cover one another’s songs. It’s a simple concept that has resulted in a myriad of compelling results.

I reached out to Lightning for a little background on the project and received this insight in reply:

With the onset of Covid-19, Fable Cry’s Zach Ferrin and I found ourselves and many of our friends in the predicament that is currently facing artists globally: cancelled tours, cancelled local support shows, and the task of growing fanbases and producing content in a digital-only time. The worst of it was watching everyone around us struggle to feel connected to one another due to the isolation of quarantine.So we put our heads together and came up with the idea of swapping covers with another band in our network. Reaching out to local artists who we thought might be interested, we found we were met by an overwhelming response from creators eager to create, so I decided to take it a step further…

That one additional step has resulted in 18 local acts covering each other with their own distinct styles and arrangements of the songs. Hearing Basic Printer take on Smart Objects “Die Tonight” with a twist of unique keyboards and vocalizations breathes fresh life into an already wildly enjoyable song. The Mute Group tackles Scale Model‘s dancey “Other Voices” with an arrangement of distorted vocals and drum machines that only the Mute Group could dream up. Even with just two examples, it’s clear the possibilities are endless.

Beyond the resulting songs, it’s an added bonus that Lightning and Ferrin chose acts across a multitude of genres and audiences. For instance, Caroline Culver, Kamber, Kelly Hoppenjans and Flummox are new to me and I suspect several of these acts may be fresh introductions across the board.

Embedded below are all the currently available covers and we’ll be updating this post as the remaining works are unveiled. In the meantime, follow the #NashvilleSongSwap hashtag on Instagram to see all the latest.

Pepper Said “Come & Get It (Year of October)”

Hungry Mother “Cupid Full of Eros (Look What I Did)”

Creature Comfort “The Zoo of No Return (Fable Cry)”