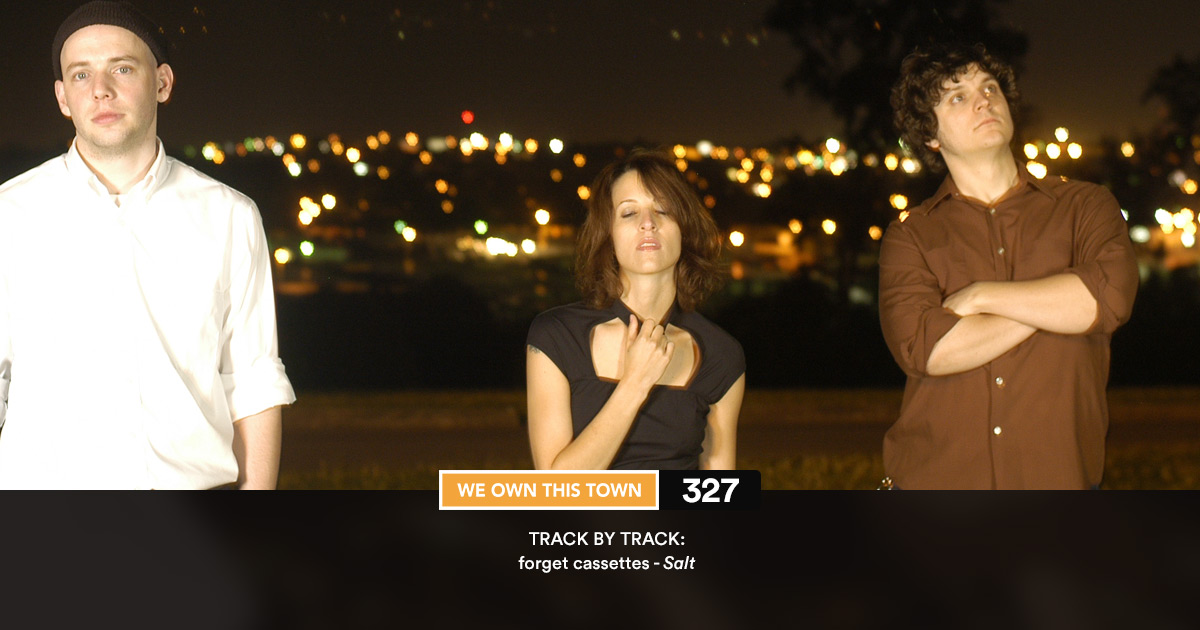 As you can tell from the title of this episode, we’ve got a special one for ya. This episode I had the absolute honor of sitting down with the members of Forget Cassettes – Beth Cameron, Jay Leo Phillips and Aaron Ford – to discuss the writing and recording of the album Salt.

To provide a little background, Forget Cassettes was a band that formed back in the early 2000’s. Their debut record, Instruments of Action, was released in 2003 and met with a lot of critical acclaim; locally, regionally and nationally. The songs on that record are largely comprised of just Cameron’s voice, guitar and drums – and every song is equal parts intimately quiet and outlandishly explosive, all while being deeply personal and earnest.

The followup record, Salt, was conceived and recorded in 2005 and released in 2006 by Theory 8 Records. Beth Cameron enlisted Jay and Aaron as new collaborators for the undertaking and the band’s sound evolved. It was no less intimately quiet, no less outlandishly explosive and still every bit as personal and earnest BUT there was just something magically more to it. They recorded the album with Jeremy Ferguson at Alex the Great studios and continued to receive well deserved praise.

I’ve known Beth Cameron since we were in high school in the late 90s and have followed every band she’s been in since that time. The first record from Forget Cassettes was a smack upside the head that put me in total awe of what she was capable of – in terms of songwriting, guitar playing and riveting performance. Salt doubled that awe, which I did not think was possible. The record is an unbelievably great piece of work from start to finish and I’ve loved it for sixteen years.

You can follow Beth on Instagram @egcameron and be sure to listen to her new band, Black Bra.

You can follow Jay Leo on Twitter @jayleophillips and hear his own solo work here and in Apollo Up!

Aaron Ford does not seem to be on the Internet but you can track down his band The Sincerity Guild. New and notable releases from Nashville and surrounding areas.