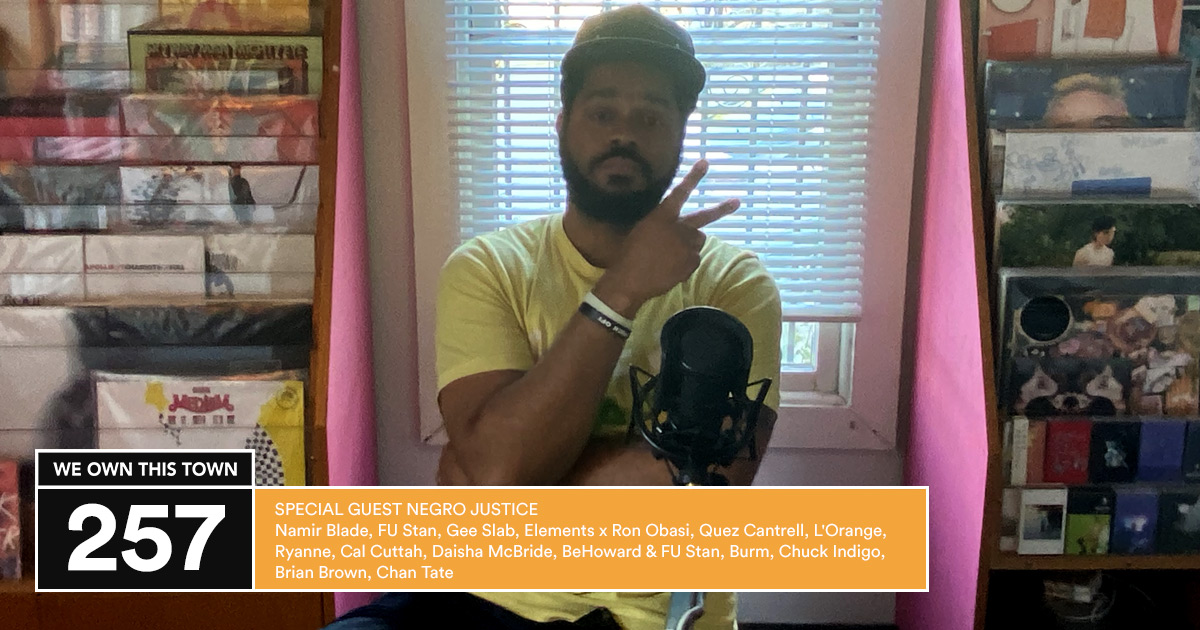 The one and only Negro Justice joins us on this episode to talk about some of his favorite Nashville hip-hop artists, potential collaborators and loads of folks that inspire his work. It’s fifteen tracks all curated by our guest and we don’t shy away from talking about what makes Nashville hip-hop exactly so unique. We may not have the immediately identifiable sound like New Orleans or Houston but we’ve got versatility and adaptability in spades. Many thanks to Negro Justice for joining us, it was certainly a blast. Gee Slab
“Play the Back” Brian Brown
“Come On In”
Subscribe to
We Own This Town: Music