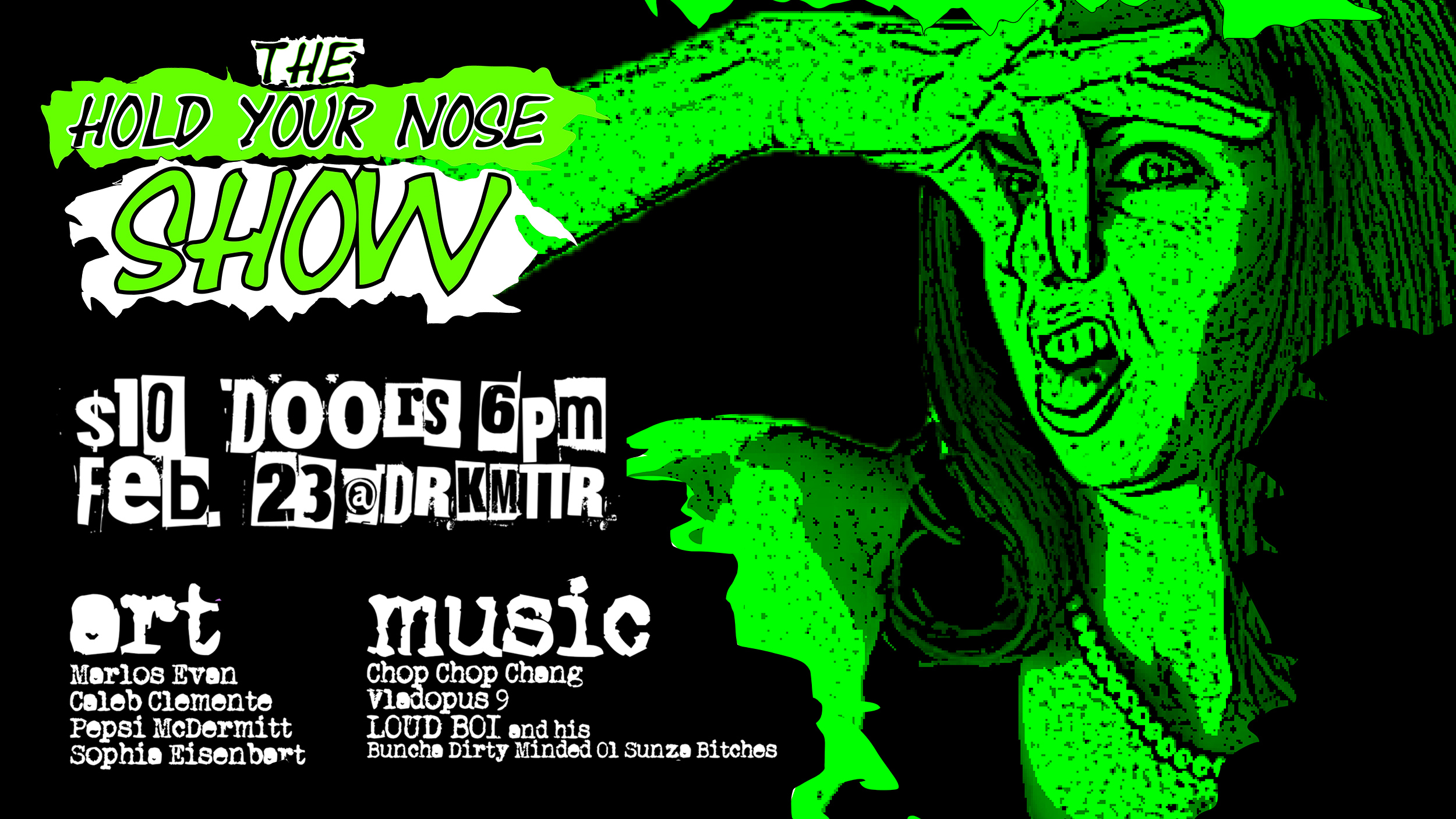 Awhile back we took a look at Loud Boi, Hush Man and Stink Linez; a real-world art experience slowly revealing itself through the pages of Salt Weekly, Instagram accounts, treasure hunts and various short films. If all that sounds absolutely baffling, educate yourself by listening to Track 2 of this album, soak in its weirdness and know that what you’re hearing is part of a larger narrative of fictional characters. Well, fictional until now.

We’re happy to announce that the whole endeavor is pulling back the curtain a little bit with the Hold Your Nose Show, a combination art show and musical performance happening on Sunday, Feb 23rd over at DRKMTTR. The evening will have live performances by Chop Chop Chang, Vladopus9 and, most notably, a real-life performance by LOUD BOI and his Buncha Dirty Minded Ol Sunza Bitches; the most prominent character of this whole artistic subterfuge.

The night will also feature art and spoken word from the likes of Marlos E’van, Caleb Clemente, Sophia Eisenbart, and Peppsi McDermitt. Oh, and someone cited as “Donko Pussfire” which must be a part of the larger cast of characters.

The show has its own Instagram account over at @theholdyournoseshow and there’s a Facebook event awaiting your interest. All and all, it’s admirable that Stink Linez has concocted a whole menagerie of stories and characters that they’re now manifesting into a real world space. There’s no telling what the specific plans for the DRKMTTR show will yield but we’re willing to bet it’s worth seeing.