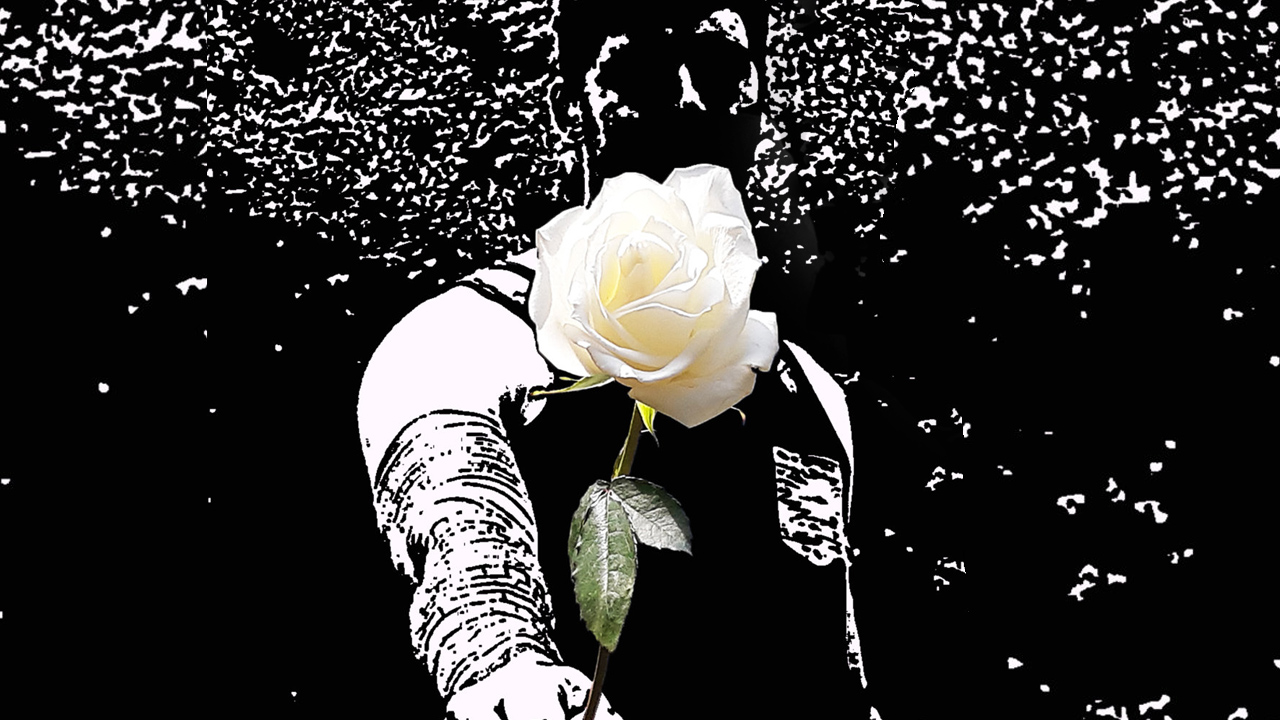 Unwittingly, we’ve been involved with a year’s long scheme involving absurd mysteries, fictional characters, scavenger hunts and rotted meat thanks to the creative minds at Salt Weekly; the bi-monthly zine featuring original illustrations, poetry, political critiques and various bits of “intelligent discourse.” It’s the kind of zine that eschews the expectations of the format and lets the creativity run wild. Issues have included works from Daniel Pujol, Asher Horton, Jon Sewell, Kellie Lemming, and Lebbie Marrow to name but a tiny handful.

Starting last February, the zine started printing a treasure hunt called Stink Linez. Readers would get their first hint within the pages of the publication and then follow a trail of insights around the city to some unknown prize. The dedicated Instagram account for the hunt would post summaries of the hunt clues and destinations through a character named Hush Man, a neighborhood-watch style character that revealed the pieces of the puzzle. Unfortunately, after the first hunt, few participated.

In order to combat this lack of participation, SALT published a new treasure hunt that revealed the prize right out of the gate; an Amazon Echo and $100 in cash. The prize was real but SALT jus couldn’t help themselves and immediately decided that the treasure had been usurped by Hush Man’s nemesis, LOUD BOI, replacing the goods with a bag of rotten meat and a cassette tape of mysterious messages.

One hundred percent of that information was unknown to us while cruising Bandcamp for new Nashville music and stumbling upon an album entitled Cosmic Copulation Proclamation by an artist named LOUD BOI and his Buncha Dirty Minded Ol’ Sunza Bitches. If that weren’t enough to raise an eyebrow, there is an accompanying 20-minute video that contained a series of mysterious subtitled messages bookending delightfully quirky and strikingly memorable pop songs. Like the weirder side of Mike Patton’s discography, it was Delightfully Unsettling.

Months later, another album from LOUD BOI entitled A Subterranean Bang​-​A​-​Lang popped up and contained another 45-minutes of experimental pop songs and chaotic messages (and accompany video). The connection to SALT Weekly was clear from the album descriptions but how the garbled messages fit into anything larger remained elusive.

If that weren’t enough (and it’s quite a lot), there’s also Most Balogne‘s album School’s In, and Obazi‘s Serengeti Head Spaghetti; additional characters that might fit into this narrative or might just be delightful treasures themselves dropped along the way.

The easy answer to all this is that SALT Weekly is being run by a group of highly creative individuals who don’t know how to run a treasure hunt and simply release all of their ideas into the world, not just the good ones. However, that kind of damningly pessimistic take shouldn’t be allowed in 2019. Looking at the totality of SALT Weekly, Stink Linez, Hush Man, LOUD Boi and the rest of the cast of characters, the sum of each individual part is greater than its intended goal.

Sean Sunderland, a SALT Weekly contributor, sent me an 1,800 word email explaining the history of the hunt, the characters motivations and their ongoing plans for the future. They’ve already expanded the SALT empire into a fake tabloid newspaper called “Local Lunatics”, in which some of the Stink Linez characters make appearances. It’s beyond commendable that they’re weaving a unique universe of character and mysteries that are open invitations for anyone to participate. You might even win a bag of meat.