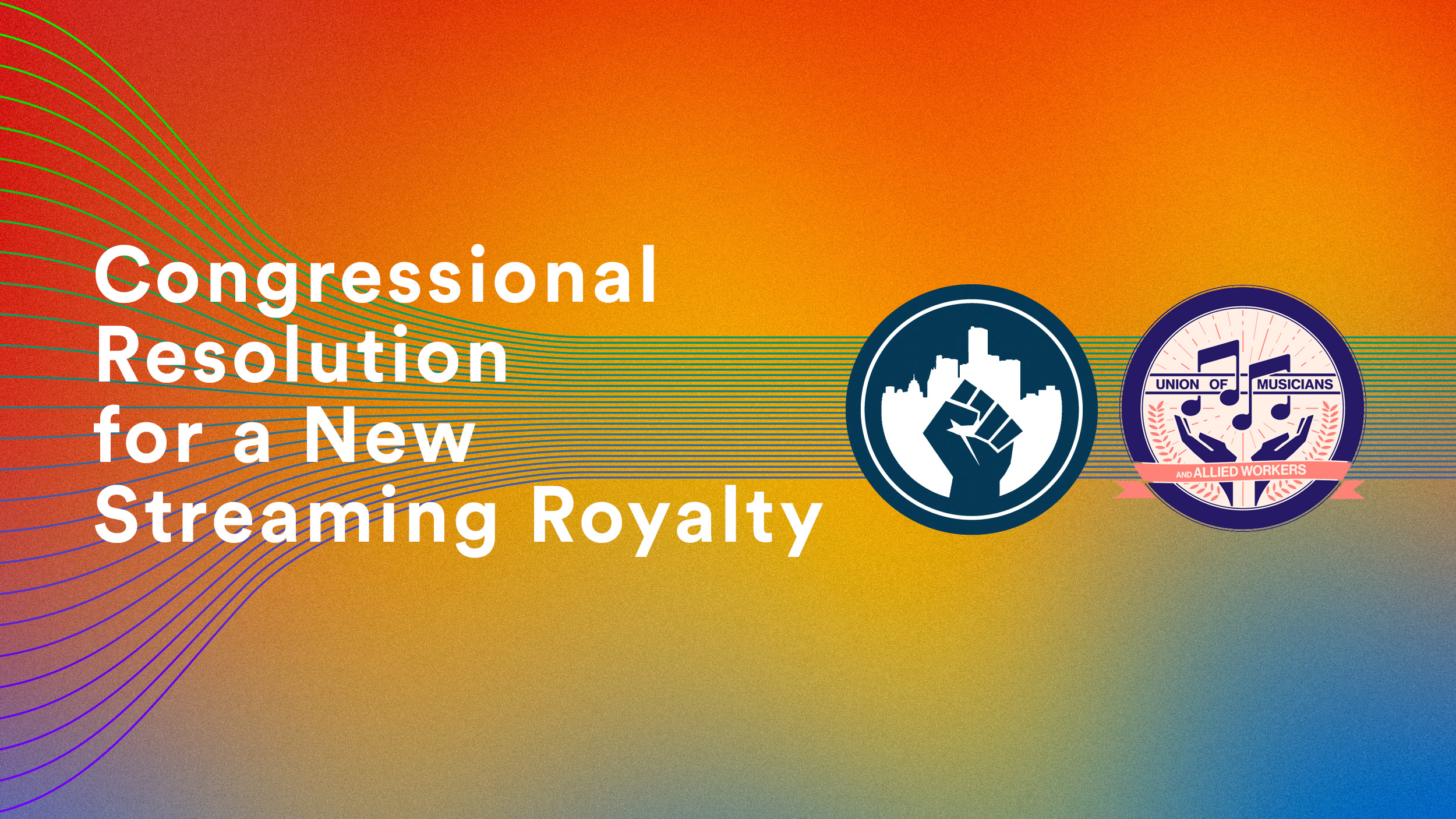 TLDR: there’s a Congressional proposal to introduce a federally mandated royalty rate. You should contact your Congress person right here to let them know you support it.

Tomorrow, Sept 2nd, is Bandcamp Friday. On these occasions, the Bandcamp service waives their fee and gives 100% of purchases to the artists offering their music. Generally there is a fair percentage share between the artist and the service but Bandcamp has carved out some days to support artists more fully with the upside that lots of people talk about Bandcamp on that particular day. It’s possible to build a sustainable income from Bandcamp services and Bandcamp Fridays but it’s not likely to be the norm for most artists. It’s 2022 and not a lot of people are buying music anymore. MP3 collections may not be extinct but they’re far from standard.

Streaming music with the likes of Spotify, Apple Music, Google Play, Amazon Music and their ilk is much more common. If you’re not aware, these services pay a royalty to artists (or their performing rights organizations like BMI / ASCAP). This isn’t news to anyone but that royalty rate is low. There are calculators to help you determine what sort of income may be generated from streaming but the average payout of “$0.003 – $0.005 per stream” isn’t going to make most artists any sustainable income. To further complicate matters, it’s disingenuous to claim the royalty rate is per stream because none of the streaming providers actually crunch the raw numbers. They use a payout system based on pooled averages and, quite frankly, the whole thing is so complicated it’s absurd. The TLDR is; most artists aren’t making any legitimate money from streaming.

That background information sets the stage for a new Congressional resolution for a New Streaming Royalty, introduced by Rashida Tlaib. The press release doesn’t contain much information beyond the idea that “artists should be paid more fairly” and “streaming services should be more transparent.” The actual text of the bill contains more finite details, tho the language is often hard to parse. The gist of the proposal is: the federal government should be defining a new royalty rate that is more on par with physical media royalty rates and would be administrated by SoundExchange and the Copyright Royalty Board.

The specifics of what that royalty rate would be is not defined in the proposal. The resolution is simply to establish that the federal government should define the rate rather than having it be defined by corporations with their own self-interest at mind. It enforces a more fair playing field.

The next step is for this resolution to be voted on before there can be further action. This means you should contact your Representative and let them know you back the resolution. Tennessee has a rich history of R&B, Country, Soul, Motown and all points in between; not to mention a thriving modern scene of Indie, Hip-Hop and Pop. Our Congressional representatives may be numbskulls most of the time but, fortunately, this one is a no-brainer to support. Let them know.