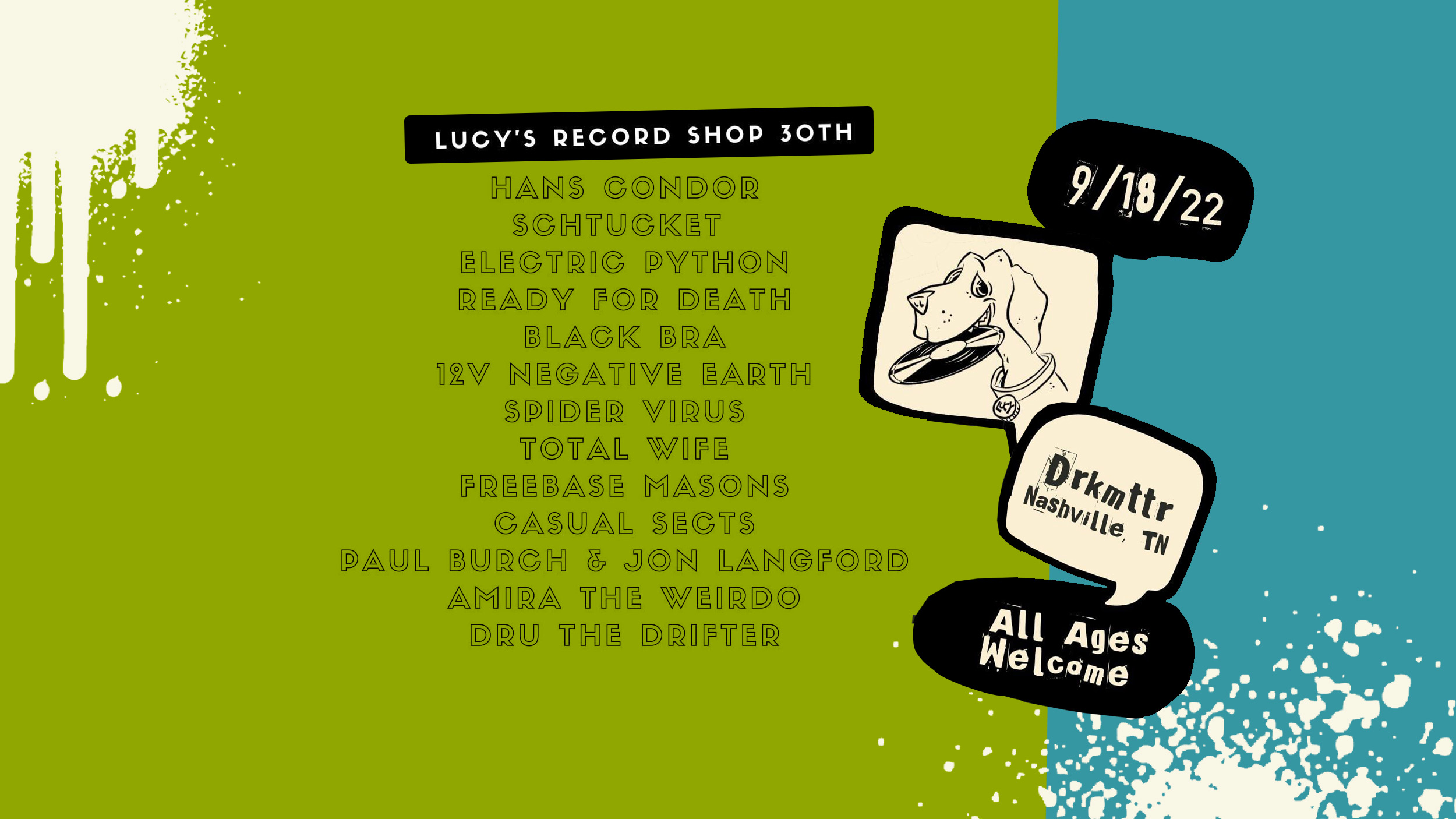 On August 16, 1992 the world mourned the 15th anniversary of Elvis’ death. On that same day, Nashville welcomed the opening of a new record shop on Church Ave named “Revolutions Per Minute.” A few months later, RPM changed their name to Lucy’s Record Shop. The DIY-centric, independent venue had an outsized influence on Nashville and there are countless bands and attendees that remember it fondly.

In 2022, the record store relaunched as a podcast to look back on those fond memories and influences. If you haven’t been listening, you’re missing out (but there’s still time). Lucy’s owner and, now, podcast host Mary Mancini recently announced a very special 30th anniversary show to commemorate the venue.

As you can see in this lineup announcement, there’s a massive number of bands set to play at DRKMTTR on Sunday, September 19th. From familiar contemporary staples Hans Condor and Total Wife, to possibly new-to-you names Dru the Drifter or Amira the Weirdo, to surprising reunion performances from Schtucket and Spider Virus; the show has a bit of everything (and then some).

Tickets are on sale now for just $10; a mind boggling price for such a gargantuan show. Given that DRKMTTR’s capacity is not enormous, we advise getting your tickets sooner rather than later.