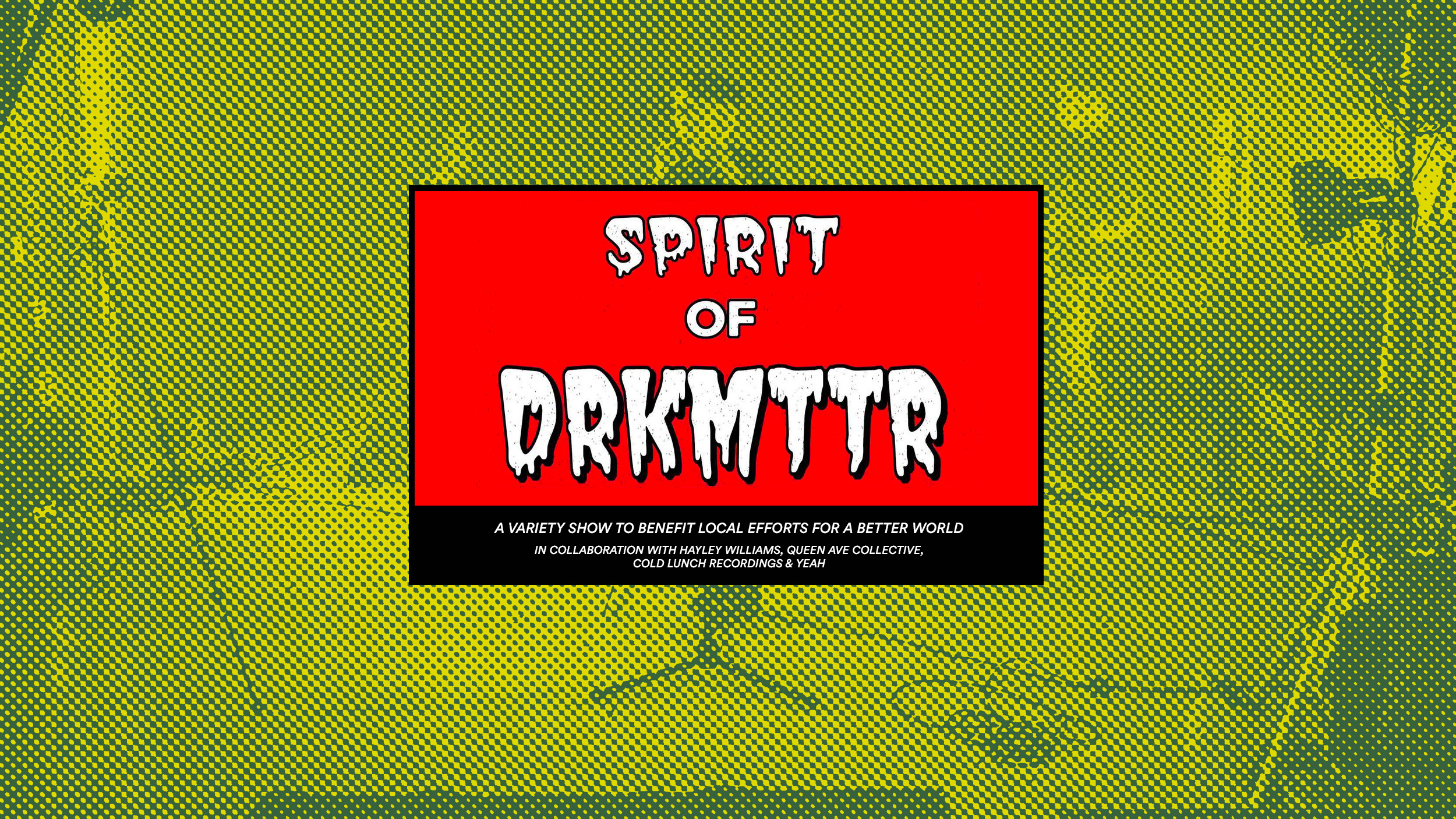 We are, obviously, huge fans of the DIY-inspired venue DRKMTTR – not just for the artists that they support but also for their community outreach efforts like Nashville Free Store that they have spearheaded. Music venues have been hit incredibly hard during the quarantine as they can not have in-person events but DRKMTTR continues to innovate and double-down on their core values, despite not having their core connection to their audience.

As an alternative to in-person events, Live streams have become the clearest option for creating a space for musicians to play and be viewable by an audience at the safest of distances (virtually). DRKMTTR has partnered with Hayley Williams, Cold Lunch Recordings, Y.E.A.H. and Queen Ave Collective to create “a variety show to benefit local efforts for a better world” called Spirit of Drkmttr.

These two events are streamed over on the Queen Ave Collective Twitch account and take place on Oct 22nd and Oct 29th. While the first has already occurred (you can still get a chance to see it by becoming a Patreon), you still have time to tune in on Oct 29th for a stream that includes raffles, magic, drag, films, comedy and, of course, live music from beloved bands.