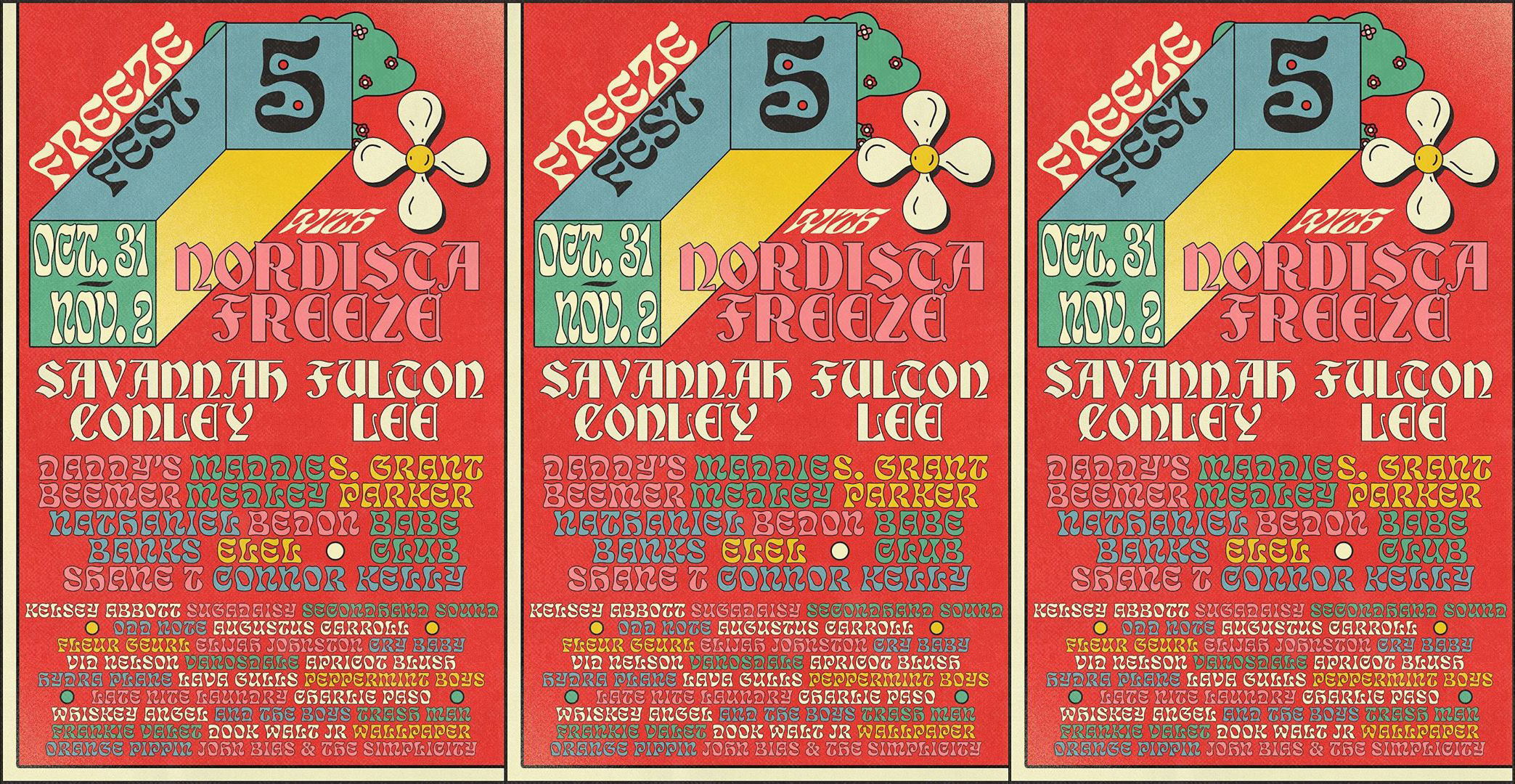 Just 20 minutes outside of Nashville, nestled in the “agricultural district” of Antioch, lies Dogfox Studio. The community recording space run by Brandon Britton and Keason James Henry with a penchant for Vibe First™ recordings; letting the magic of the moment steer their sessions rather than the normal commercial regimen. It also happens to serve as the homebase for Freezefest 5, a three-day festival of camping, commaradery and a massive lineup of regional bands.

Freezefest takes its namesake from Nordista Freeze; an artist hailing from Nashville that the Scene has described as “cosmic Tom Petty.” His latest single “Wysteria” is a fine example of that. Along with his somewhat magical musical creations, he’s infamous for a relentless touring schedule; packing in hundreds of dates a year at house shows and commercial venues around the nation. He is a full-on champion of the DIY ethos and leverages Freezefest as yet another means of promoting and supporting the community.

The booking for the festivities features a heavy dose of acts from the Nashville area including Maddie Medley, El El, Oddnote, Lava Gulls, And the Boys, Peppermint Boys, Savannah Conley and newcomers Trash Man to name but a few. Much to our surprised delight, there’s plenty of names in the list that we’ve not run across before and that’s just an opportunity for discovery. Speaking of, there’s also a healthy dose of acts from the surrounding regions including Cry Baby from Charleston, SC, Elijah Johnston of Athens, GA, Charlie Paso hailing from Raleigh, NC, Late Nite Laundry popping down from Chicago, IL and Hydra Plane joining in from New Orleans, LA. And that’s not even close to an exhaustive list. The point to take away here is that there’s a ton of bands playing and Nordista and crew have done a phenomenal job of gathering acts from all over to participate.

The above playlist features most of the bands playing at the gathering and gives a good sense of the type of Good Times Vibes™ that each act provides. Tickets are on sale now and range between $20 and $30, depending on your length of stay. If you, like myself, are not much of a camper, you’re still more than capable of attending. You can follow along with festival news and introductions to each act over on the @freezefest Instagram.