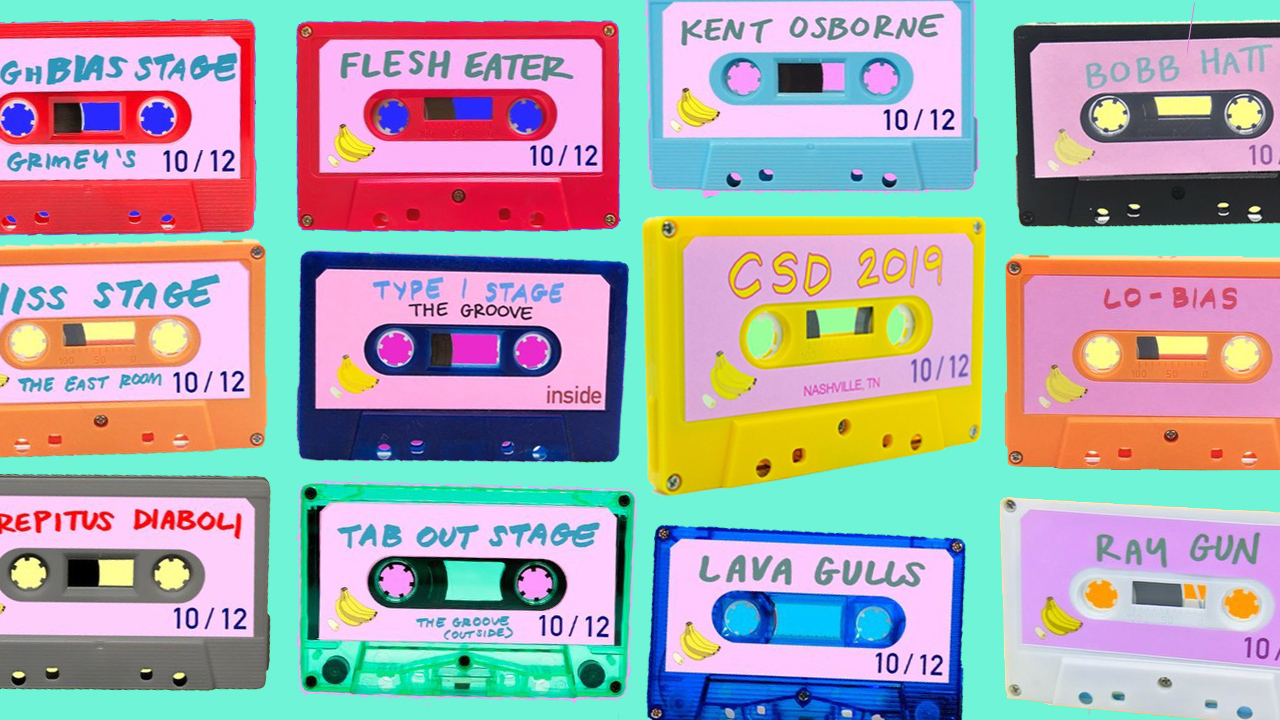 Cassette Store Day started in 2013 over in the UK. Over time, it grew to have a presence in various other countries, including a pretty hefty celebration in the United States thanks to backing from Burger Records. Here in Nashville, local label Banana Tapes has taken the helm and created an all-day blow-out that not only celebrates the antiquated format but showcases a ton of local and regional bands.

It’s inevitable that there are those that feel confused by the re-emergence of the cassette tape as a viable physical version for a release. Vinyl LP’s carry a prestige with their analog sound and large artwork, digital is ubiquitous and convenient but tapes are often seen as the bastard stepchild. There’s plenty of arguments to go around debating the fidelity of sound on any format but the fact of the matter is, cassettes are affordable to produce, easy to tote around and provide a merch item for fans to support an artist without breaking the bank. There’s a lot to unpack in the world of cassettes but, by and large, they help empower DIY bands to actually create something and give fans a way to support them. Furthermore, they provide their own unique sound (particularly if you leave them in the sun for a bit), they require the listener to actually listen from top to bottom and there’s few other formats that can be transformed into stunning art.

Regardless of your feelings on the format, there’s no denying that Banana Tapes has been crushing it the past few years in terms of the artists they work with. Their list of recent releases contains offerings from Local Cult, HR Lexy, Lava Gulls, Peppermint Boys and a full month’s worth of experimental releases from the likes of Abstract Black or Neon Black. Their taste in local music is wide, varied and prolific; a combination we can’t help but gush over.

The Nashville Cassette Store Day 2019 festivities take place across three venues – Grimeys, The East Room and two stages at The Groove Records. Starting at 1pm on Saturday, October 12th, there will be a mind-numbing amount of great bands playing across all the various stages. There’s also an After Party at Drkmttr featuring DJ Sets from Banana Tapes themselves and a host of other folks in the DIY space.

Keep an eye on the Facebook Event and the Banana Tapes Instagram for updates. Listed below is the official schedule for the day’s events and below that, a rather convenient Spotify playlist featuring many of the bands set to take the stages. See you there.

Tab In Stage (The Groove Records, Inside)

Tab Out Stage (The Groove Records, Outside)