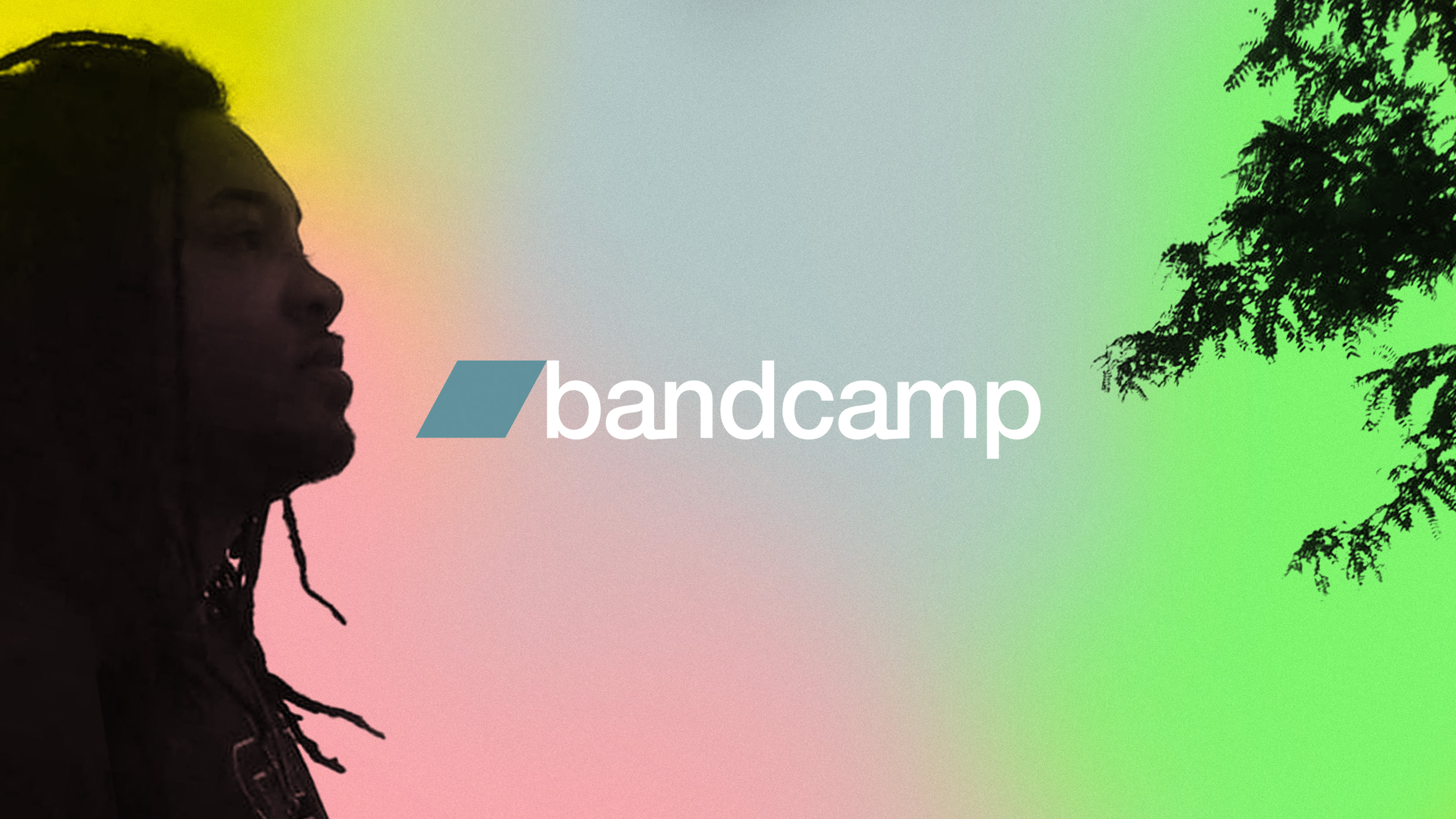 At the start of 2021, we tweeted that it was our personal goal for the year to get more Nashville hip-hop artists to use Bandcamp. So, let’s talk about Bandcamp. Not Hip-Hop specific Bandcamp, just Bandcamp. Everyone can benefit here.

The following is a primer for the pros and cons of the service and, ultimately, why every artist should be using it. If you don’t consider yourself much of a reader, just skip to the summary.

To start, you should know that Bandcamp is a self-serve platform for offering digital music for sale. It’s free to use with the caveat that for every sale you make, they take a 15% cut (10% on physical merch items). They were founded in 2007 and have been profitable since 2012. That’s important to note because it cements the notion that they aren’t a fly by night company, nor are they operating off of investor money and predictions of profitability, they are already making money. According to their About Us page, they’ve paid artists $650 million dollars.

While it’s insightful to know the ethos of the company and that their profit margins are healthy, the real benefit of Bandcamp comes when considering the current ecosystem of music. Over the course of the past few years, streaming services providers like Apple Music, Spotify, YouTube Music and their ilk have become the norm for consuming music. These services provide an extremely low barrier to entry. Anyone can sign up for Spotify and start streaming music without ever providing any payment information. They may hear some advertisements but almost all of the functionality of the service is intact. From a listener’s perspective, this is great! If you’re a regular listener of music in the year 2021, none of this is news to you.

While the convenience of these streaming services is undeniable, the downside that comes with it is how they pay artists. Many other publications have gone into this in much more depth but this Rolling Stone article provides a nice summary:

Spotify pays out its royalties on a pro-rata basis, meaning that, at the end of each accounting period, all of its royalty money gets virtually dumped into one pot, from which artists are paid according to their share of all streams on the platform. So if a group of artists is getting 90% of the streams, they’re also getting 90% of the money.

It’s difficult to boil that down into normal people talk but, in short, it means that Spotify can make $2 billion dollars in a single quarter, pay out $963 million of that to the top tier of artists (about 43,000 artists out of 3+ million) and, if those funds were distributed evenly, they’d receive ~$22,000 per quarter or about $90,000 a year. Not bad at all; especially considering that other streaming services are also paying these artists in a similar fashion (with variable royalty rates – i.e. Apple Music pays more than Spotify).

However, the devil is in the details here because 43,000 artists on a platform with more than 3 million artists is a very small number. If you exist outside of that (and if you’re reading this, we assume you do), you are subject to a different payout rate; a considerably smaller one. If you’re on a label, they’re going to have their own mechanisms for who gets paid what percentage. If you’re registered with a Performance Rights Organization like BMI or ASCAP, they’ll collect additional income on your behalf but, again, have their own internal algorithms on who receives what amount. There are alternatives to this model but they aren’t well adopted because democratizing this payment structure would mean less money going to the folks that are already making the most; there’s no incentive for them to do that. In short, if you aren’t a wildly popular artist, you aren’t going to make enough money from streaming income to even pay your bills.

The upside to these services is the fact that your music lives alongside huge artists. It’s entirely possible that a mega-artist could release a new song and your track would be listed right next to it. The potential exposure is gigantic. Additionally, fans who go looking for your work specifically can follow you and the services will, potentially, surface new releases into personalized playlists. And because listeners have adjusted to this way of listening to music, it’s a no-brainer that you want to be where the listeners are. In short, Spotify and their ilk may pay a paltry sum but if you’re building a fanbase, it makes sense to post your music there.

That’s a whole lot of background information to set the stage for using Bandcamp. There’s a litany of benefits to using the service but the main driving factor is that it creates a direct conduit for income. As an artist (or label), you set the terms for how much your music costs and can do so confidently knowing that 85% of that price is coming to you. If you have an EP of 4-6 songs and price it at $7, that’s $5.95 in your pocket. An album of 12 songs at $9, that’s less than a dollar a song and still yields $7.65 for you. Nashville hip-hop artist Petty just released his first single (of 53 for the year) and it’s 20 minutes long. On a streaming service, the price is $1.29, simply because it’s one song. He could post that to Bandcamp and reasonably charge $3, yielding $2.55 per purchase.

While those individual payments may seem small, it’s good to remember that making that amount from streaming – in aggregate – is very difficult. Furthermore, none of them pay in real time, only quarterly at best.

The other large benefit of the service is that every time someone purchases, they will be notified when you release something new. Virghost posted his track “60 Feet” back in November of 2020 and when he released Searching for Shiloh on Jan 1, 2021, an email was automatically blasted out notifying fans that it existed. Streaming services may have notified fans about “new music they’ll love” but it’s unlikely they’d send a distinct notification about a specific album. Upon purchasing, a fan can opt in to an artists mailing list; allowing them to send out notifications anytime about shows, new merch or any projects coming up.

Those are the broad, basic, strokes for the service. More specifically, they also offer the ability to setup pre-orders, sell physical merch, generate free download codes for giveaways and even create crowdfunding campaigns for vinyl, which they’ll manufacture for you. Releasing music via Bandcamp is almost instantaneous, there’s no waiting for the files to “distribute”, as soon as you’re ready to release, it’s there. They recently launched paid livestreaming to augment the lack of in-person events and, of course, there’s the infamous Bandcamp Fridays where they waive their 15% profit sharing entirely, giving 100% to artists. Oh yea, and there’s a Bandcamp Fans app that allows customers to stream their purchases, try out new music and see what their friends are listening to.

Bandcamp also allows for no barrier streaming just like the other services. If you want to let your fans listen to the music before purchasing you can set that up. Optionally, you can restrict it to a limited number of plays before prompting them to purchase.

All of this is possible with just a few clicks. There’s no code or tech mindedness necessary, it’s just a matter of configuring it the way you like.

While the benefits of Bandcamp outweigh the drawbacks, it would be unfair not to point out a few of the downsides. First and foremost, Bandcamp distribution is not a part of any aggregator. If you’re an artist using TuneCore, DistroKid, CD Baby or even a big name distributor like The Orchard your music will not automatically show up on Bandcamp. This means you’ll need to create an account, gather your WAV files and art assets and upload them yourself. This is the exact same process as using a distributor but it is double the work. That said, you need all those things for a distributor as well; so you’d presumably have them already.

The remainder of cons are nit-picky at best; their artist profile pages don’t look great, there’s no Playlisting feature to compile your favorite artists together and the label management interface is subpar. One could also complain that their editorial blog is just as tough to get exposure on as any other site but, honestly, they’ve covered lots and lots of Nashville in the past, so maybe your chances aren’t so bad.

Bandcamp’s biggest con is also its best feature; it’s a self-serve product where you can make the rules. Should a single song be $0.99 or $2? Should a 12-track album be $7.99 or $15? The service doesn’t force you into any given parameters, so it’s up to you to figure out what your audience will work with.

Building a career as a musician is an unbelievably difficult undertaking. Even the largest artists with well established record labels and bottomless budgets find themselves struggling. As an independent artist building their catalog of work and an interested fanbase around it, you have to use all of the tools available.

Distributing your music to Spotify, Apple Music and other streaming services is a perfectly sane choice to make as it puts you into an ecosystem where millions of potential listeners are already finding new music. However, the likelihood of making any significant income from streaming is severely unlikely. Bandcamp removes the barrier between you and your fans by allowing you to distribute your music on your schedule, at your price and maintain a direct communication with them afterwards.

This whole piece may read like a sponsored ad but it’s not. Truthfully, there are benefits to every streaming service but the most likely path to success is to allow fans that want to pay you, to pay you. Our goal at We Own This Town is to do our part to lift the creative voices across all genres and styles across the Nashville area but, like most things, that simply isn’t possible without money. While posting your music to Bandcamp may not instantly unlock untold riches, it will provide an option for success that can fuel future endeavors. There simply is no downside, only up. We highly suggest you sign up and let us know.