“Live long and prosper” is easily the most recognizable catch phrase from the wealth of series within the Star Trek universe. Leonard Nimoy’s character Mr. Spock uttered those words in 1967 and, whether you know it or not, they serve as a reminder that good science fiction has a social agenda, not just fantastic plot points.

Another phrase from the same Vulcan species, coined by Trek creator Gene Roddenberry, is “Infinite Diversity in Infinite Combinations” – aka IDIC. While not quite as fun to quote, it serves as a foundational mantra to a future world in which all life on Earth is in harmony and is able to accept life from other realms as well. Roddenberry himself sums it up pretty nicely.

“Until humans learn to tolerate — no, that’s not enough; to positively value each other — until we can value the diversity here on Earth, then we don’t deserve to go into outer space and encounter the infinite diversity out there.” — Gene Roddenberry

IDIC is also the name of the podcast festival put on by Women at Warp, a long running podcast series that takes a critical eye to Trek material and examines it through a feminist lens. The festival takes place virtually over the course of July 17th and 18th and has an absolutely fascinating schedule of speakers, discussions and entertainment.

On Saturday, July 17th, at 12:30pm CT our very own Into the Wormhole with Larissa & Lauren will have their own panel discussion!

Your hosts Larissa Maestro and Lauren Lowen invite board certified music therapist and Trekkie Amanda Maestro-Scherer (MA, MT-BC) to talk about instances in which characters in the franchise have therapeutic relationships or experiences with music, and how music therapy (and other expressive therapies) could and should be a part of a future utopia.
Content Warning: Discussions of mental health and trauma. 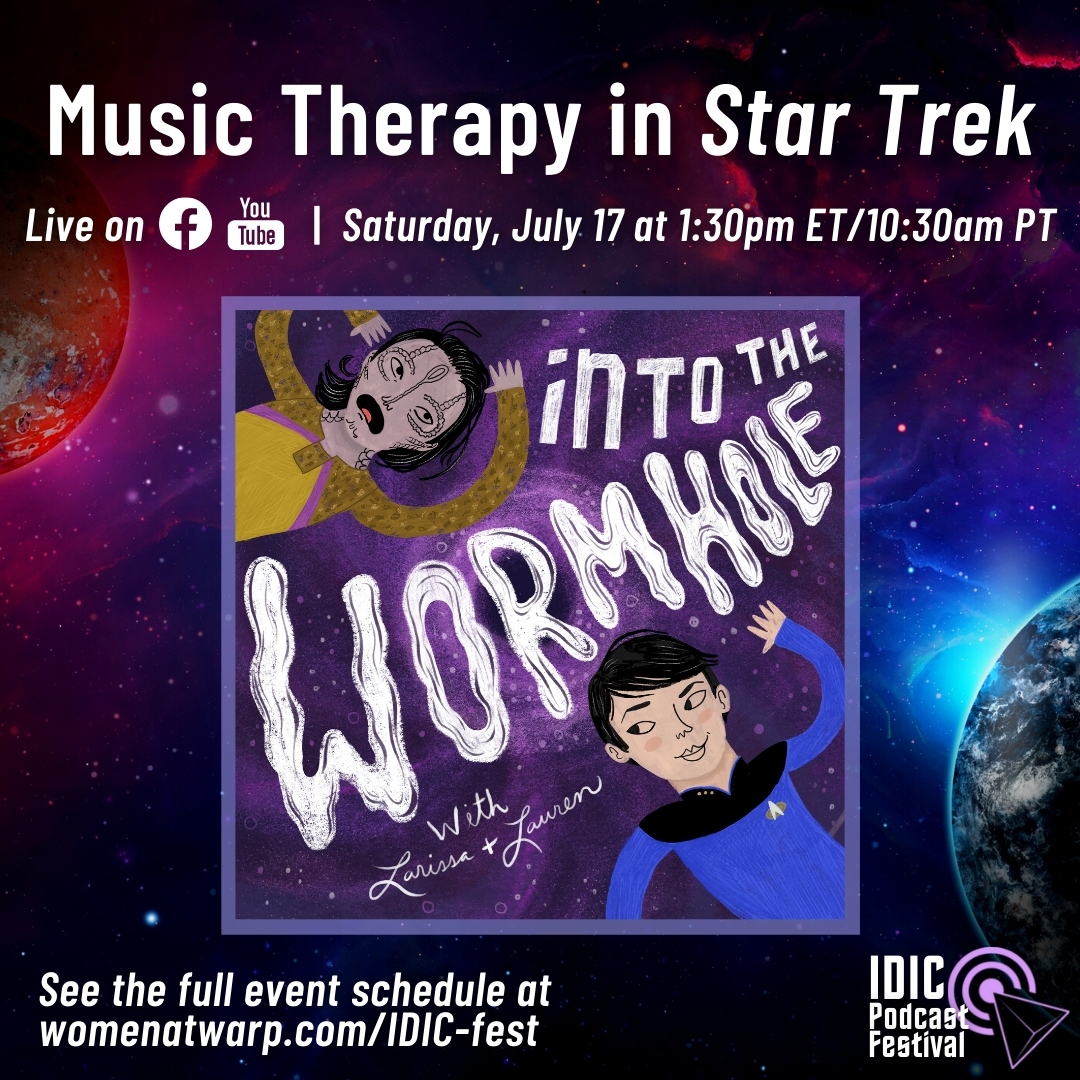 Admission to the entire event is Free. Just tune in on the Women at Warp Facebook page or over on their Youtube throughout the course of the festival. See you there.