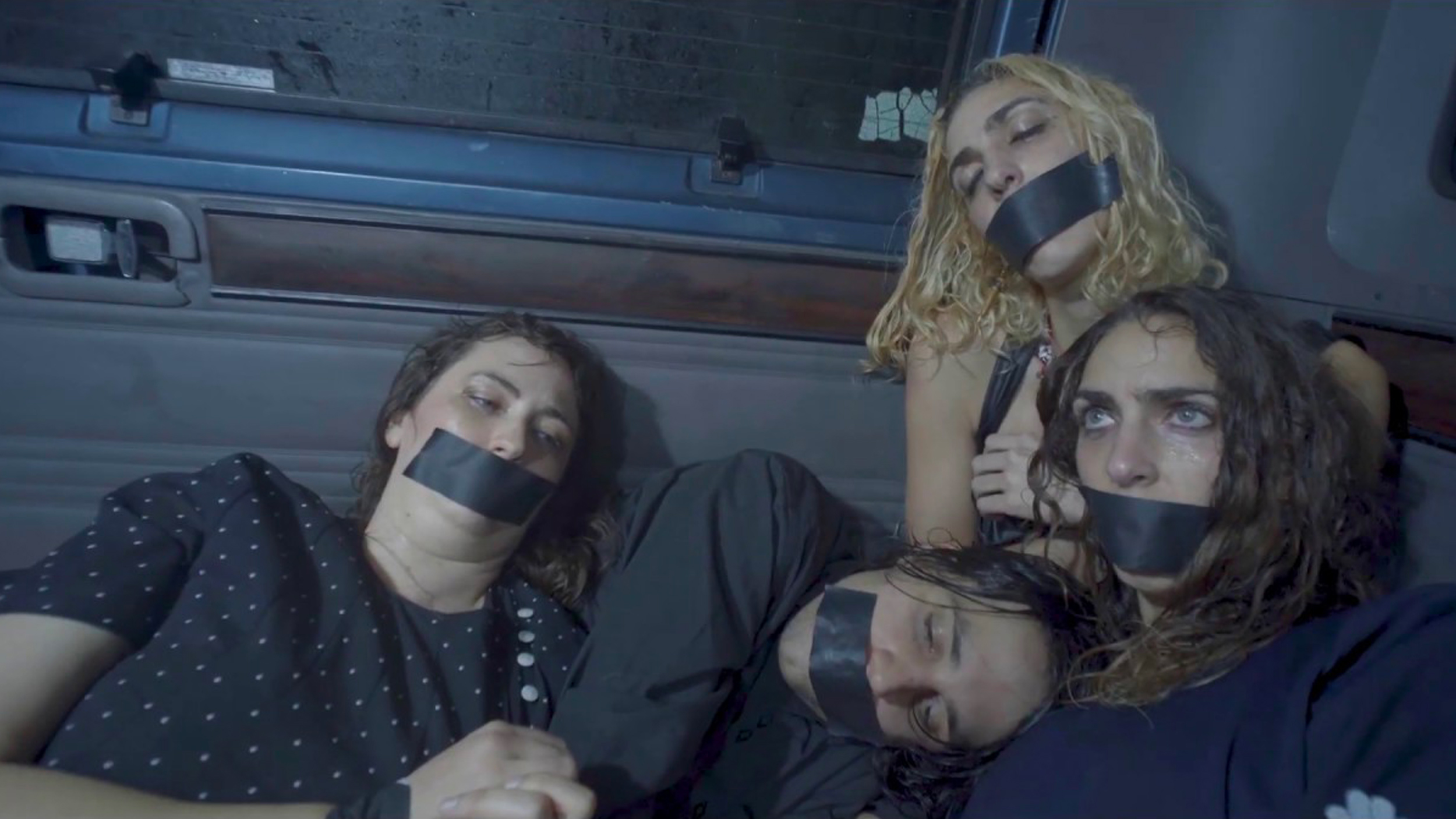 We recently debuted two new videos from Heinous Orca and remarked that it felt like a coming out party for the band. Despite the fact that they’ve been playing around Nashville for approximately seven years, this pair of videos from AM?PM video have a striking sense of seriously leveling up. As such, let’s learn a little more about them.

The band – comprised of twins Isabel and Laura Soloman, Austin Hoke and Ziona Riley – initially came together in Bloomington, Indiana before moving back to Nashville where they started playing shows in 2012. Over the course of that time they played at loads of DIY venues like The Mouthhole and clocked in hundreds of shows – even opening a secret show for Kesha at Springwater (and, much to their chagrin, failed to mention their own band name). This is all to say, the band has been refining and focusing their sound for some time.

The band tells me that a few years back at a Basement show, producer Ryan Hewitt approached them with an offer to record a few songs. His discography of Red Hot Chili Peppers, Third Eye Blind and John Frusciante didn’t seem like a good fit at first but after some consideration, they took the opportunity. Hewitt enlisted Joe Pisapia, a multi-instrumentalist and performer that’s known for his work with Ben Folds, Guster, kd Lang and Kacey Musgraves. An independent band with a foreboding and, sometimes, sinister sound teaming up with two producers known for highly polished commercial works could be a recipe for total disaster but the collaboration clearly works quite well.

The fruits of their recording sessions were quietly released to streaming services ahead of their opening spot for Of Montreal over at Little Harpeth Brewery but they were simultaneously hard at work on creating a pair of Lynchian fever dream videos with collaborator Michael Sadler; proprietor of the aforementioned Mouthhole venue, member of The Chewers and one third of AM?PM video. They tell me that the videos are a mixture of “very deliberate and completely improvised.” The improvisational pieces are not distinctly apparent, even when the band is playing underwater, a difficult task to choreograph. The band used broken instruments and built fake amps of particle board for their immersion but that never registers to the viewer. Job well done, to say the least.

Take some time to watch both videos with full attention. All told, they’ll consume about six minutes of your life but it’s a safe bet that a mental door will open and lead you to binging on more from the band. As luck would have it, all four tracks from their Hewitt / Pisapia recording sessions are available on Spotify, Bandcamp or whatever streaming service you prefer.