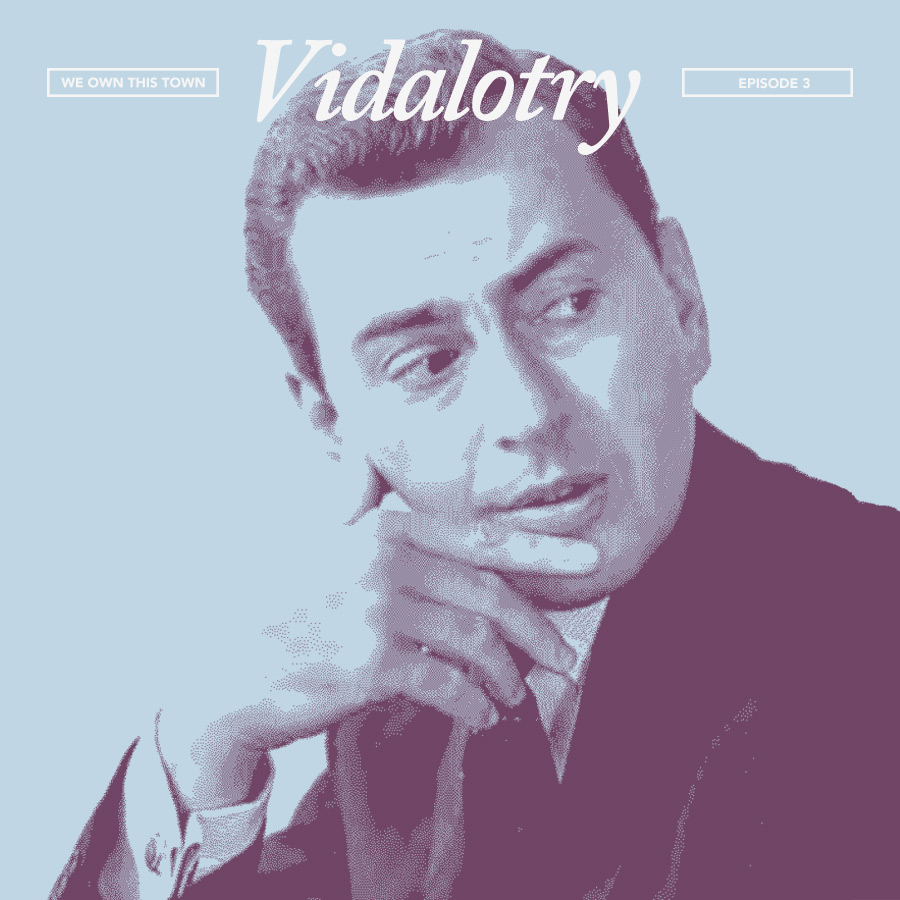 In Episode Three, Vidalotry explores what happens when Gore Vidal is invited to work in Hollywood. Host Ryan Breegle looks at homosexuality’s network television debut, and we meet the man Gore chose to live with for more than half of his life.