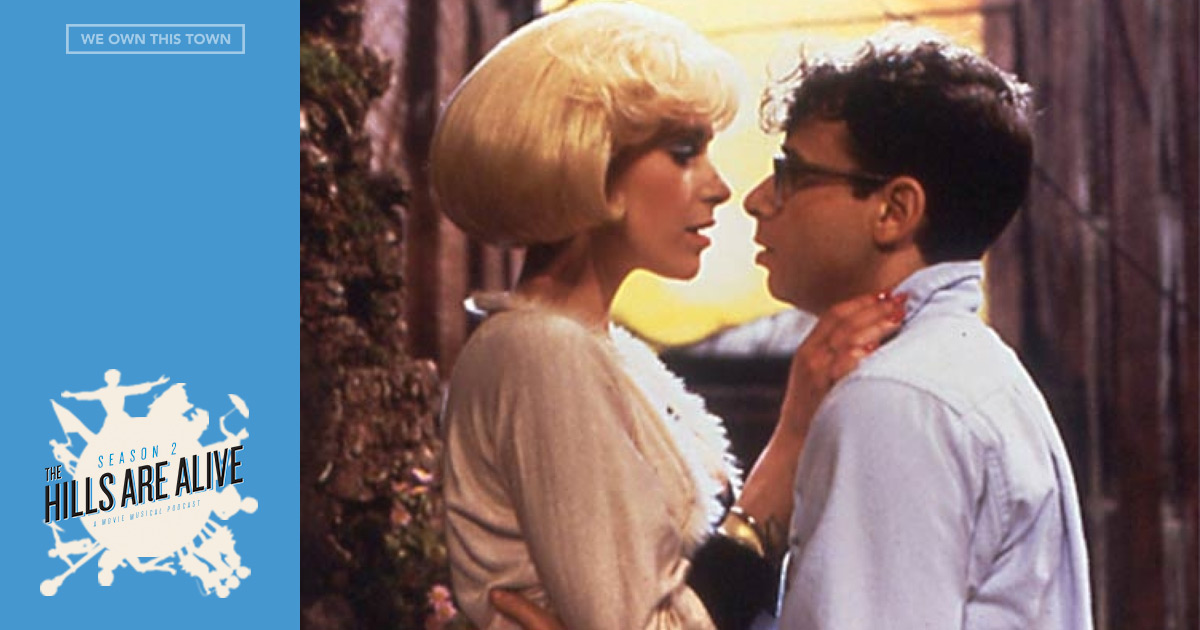 Tongue-in-cheek meets heart-on-sleeve as Alex & Kelsey gush over 1986’s cameo-filled Little Shop of Horrors. Not long before ushering in what’s now known as the Disney Renaissance, Howard Ashman and Alan Menken helped legitimize New York’s burgeoning Off-Off Broadway scene at the WPA Theater with an unlikely musical adaptation of 1960’s low-budget B-movie The Little Shop of Horrors. The smart, satirical take on monster movies, musical theater itself, and even the Faust story ended up striking gold by looking outside the box of what musical theater could be and integrating elements of pop, rock, and R&B. Little Shop of Horrors is brilliantly directed by puppet juggernaut Frank Oz, with cameos from comedy legends like John Candy, Bill Murray, and Steve Martin. So step into a world that’s green— within your fence of real chain link— sit back on your plastic-covered furniture, and enjoy the fantasy.

Subscribe to
The Hills are Alive: A Movie Musical Podcast