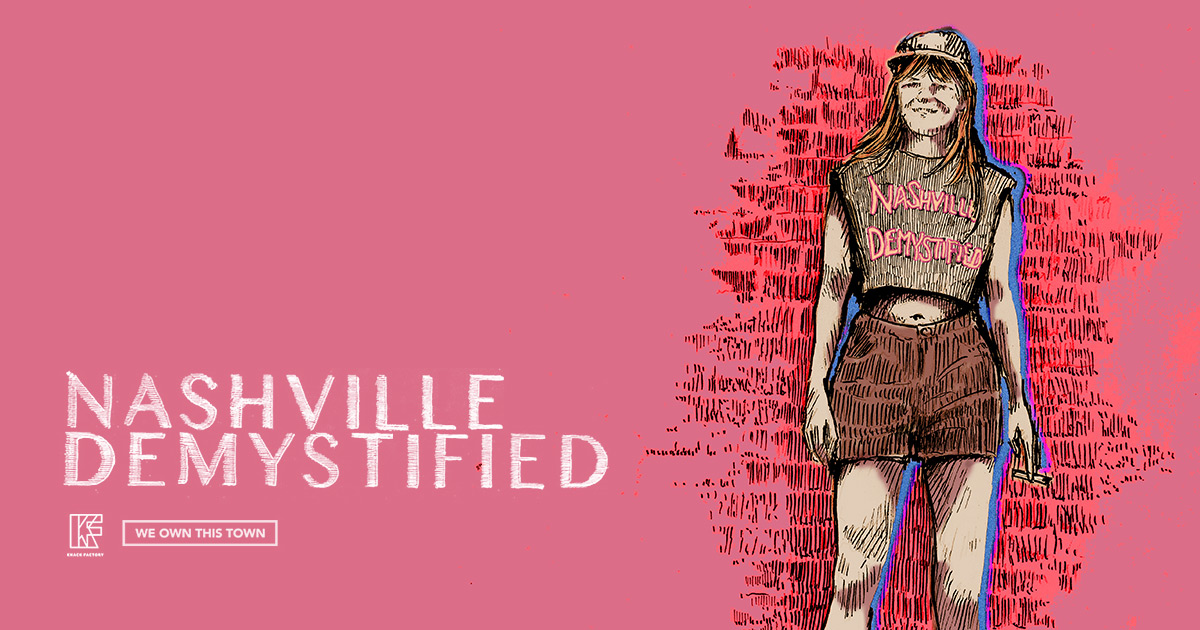 Thelma and the Sleaze, for those not in the know, is an all-female queer southern rock band thatâ€™s been around for almost a decade. While singer band center of gravity Lauren “LG” Gilbert doesnâ€™t live in Nashvilleâ€”she lives in Alabama as youâ€™ll hear hereâ€”she long lived in Nashville and the band has deep roots here.

Thelma and the Sleaze has a number of records out, but right now theyâ€™re touring around and supporting their album Fuck, Marry, Kill â€” which I think I refer to in this interview at least once as Fuck, Murder Kill. I accept responsibility for this badâ€”my bad, Iâ€™m sorry, LGâ€”but I to my credit, I donâ€™t know if youâ€™ve ever been in a room with LG but she is an absolute force and itâ€™s hard to not feel / act like an idiot in the presence of this level of stardom. Honest to god, I donâ€™t say so facetiously. It was difficult to keep level headed, sheâ€™s so fucking cool. But we made it.

More on Thelma and the Sleaze: Nashville Demystified
Alex Steed / Knack Factory / We Own This Town

Talking with the folks who live, work, agitate and make art in Nashville, TN