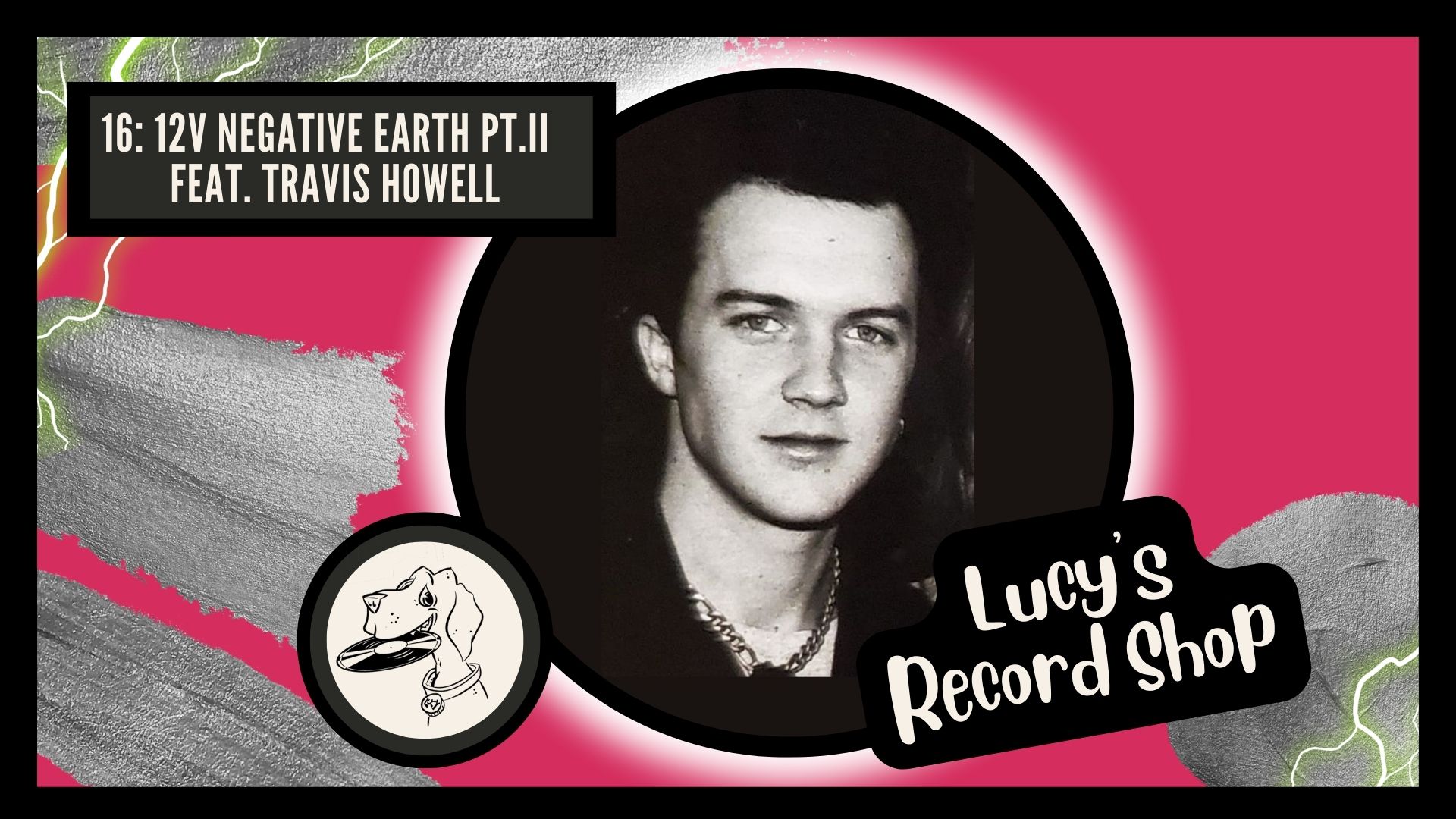 Travis Howell started playing the drums because his dad told him he couldn’t. His first band, No Remorse, was the first metal band to grace the Lucy’s stage and the first and only to be mistaken for a neo-nazis. Sloppy, a punk-metal hybrid kind of thing, came next and then Adrenaline Hammer, which went on to become 12V. When 12V sold out Lucy’s, Travis realized a long-held dream.

Travis’ time at Lucy’s included seeing bands like Javachrist, Impetuous Doom, Teen Idols, and the Wesley Willis Experience (“Rock over London! Rock over Chicago!”), judging Green Day’s choices, and some bad behaviors. The last would lead to his decision to quit playing drums cold turkey. He didn’t touch a stick for 14 years. Then he went to church.