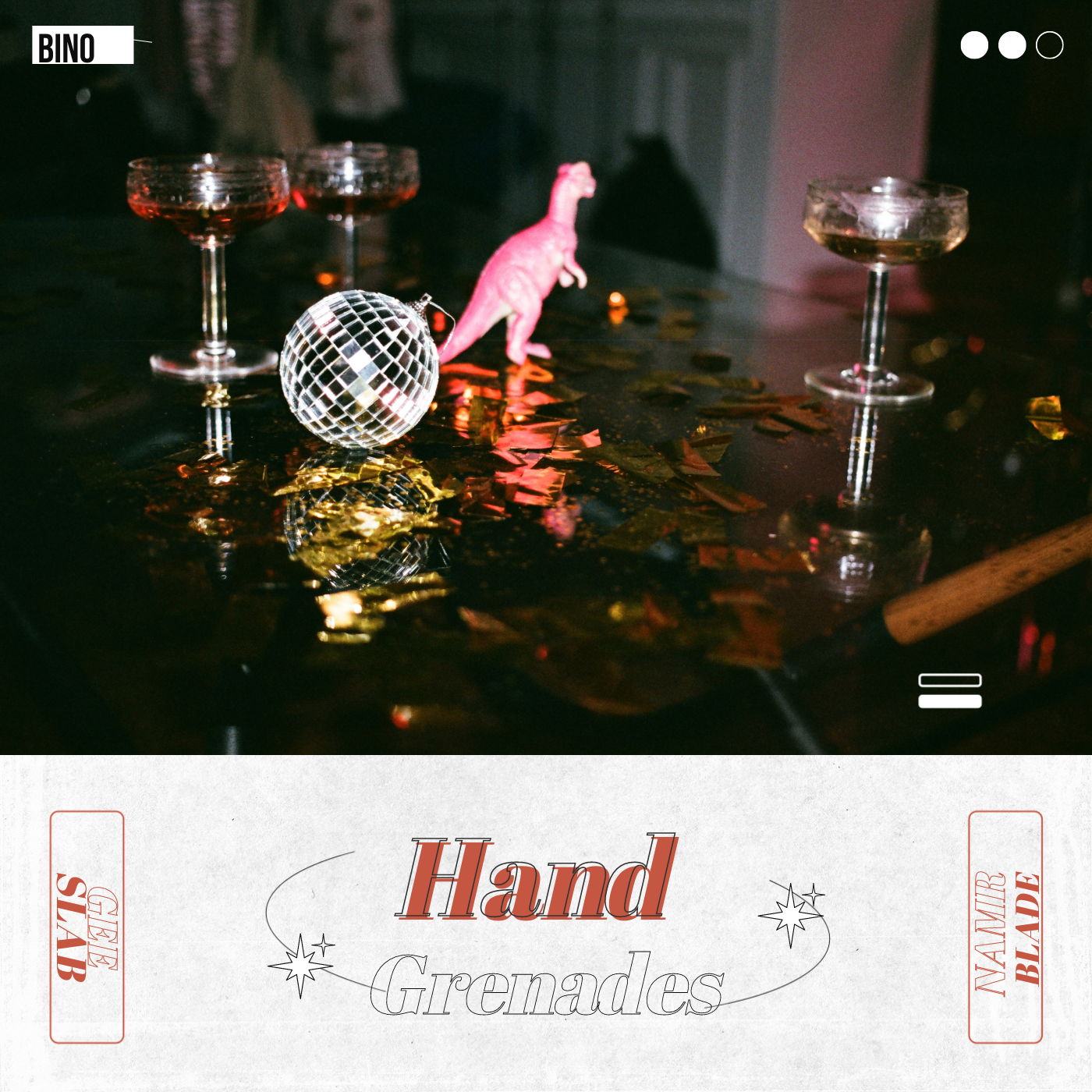 What happens when you put two extremely prolific artists together for a collaboration track? Gee Slab and Namir Blade aim to find out with the release of the single “Hand Grenades,” now streaming everywhere.

For those not paying attention; Gee Slab’s been keeping busy recently with the release of his Because I Can EP, a Negro Justice collab EP entitled Resplendent, a short film for “Triple Beam,” and episodes of his KeepItGee video series… all while continuing to feature on plenty of other artists tracks. Namir Blade has been busy with the release of his highly acclaimed Aphelion’s Traveling Circus, a collab album with L’Orange entitled Imaginary Everything, blowing minds at Acme Feed and Seed, producing tracks for a large number of artists and featuring his verses on additional collabs. It’s safe to say those overviews are incomplete.

Slab’s cadence and wry delivery shines on each of his tracks, while Blade drops clever references through a high-speed, sometimes sing-song, delivery. A Venn Diagram of the two would certainly overlap but, stylistically, they each contain their own unique flair. On “Hand Grenades,” the two fuse these approaches into something uniquely fresh. Slab delivers plenty of personal-but-coy turn-of-phrase with Blade’s choral contributions steering the track in a new direction. The dreamy production and increasingly emphatic delivery on the verses eventually give way to a deep space experience, floating the listener away on a total high. Fusing highly personal lyrics while still being able to inject a dreamy pop hook is not an easy feat to pull off. If it sounds too good to be true, give it a listen; you’ll find it to be accurate and extremely enjoyable.

For now, it’s a one-off collab track between the two but the results are wildly successful. Both MC’s were already worthy of keeping up with, now we can all collectively hope they find themselves together again.