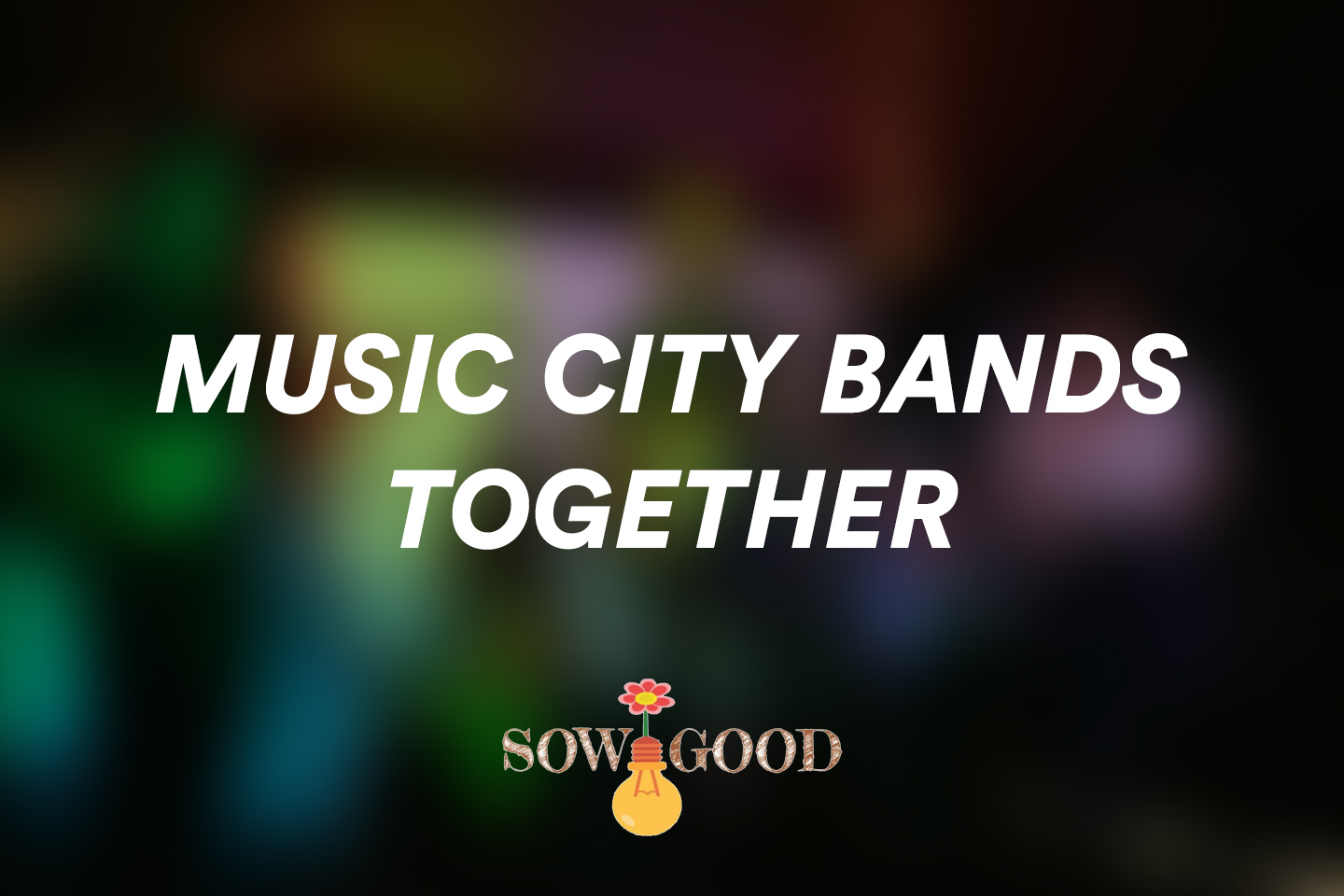 Sow Good is a local nonprofit (501(c)3) that has a proposal for the Nashville Metro government on how to help revive the live music industry that suffered quite a blow during our year of quarantine. At its core, the concept is extremely simple; take money from an existing Metro fund and put on a series of concerts with proceeds going to locations and initiatives that need assistance. The difficulty comes in convincing Metro it’s the best way to spend their money.

Ever year, the Metro Nashville government takes money from hotel taxes and puts it towards the Metro Nashville Event Marking Fund, a bankroll for putting on events that entice more tourists to come to Nashville and, thus, creating more hotel taxes. The destination of these funds are determined by committee. The 2020 fund is approximately $2 million, a smaller reserve than usual because of the lack of travel and tourism (despite how downtown looked during most of this, there was quite a dip overall).

Enter SowGood’s Music City Band’s Together, a proposal for the Metro Event Marketing Committee to use those funds to put on a series of 2022 concerts that will have their profits donated to a massive list of nonprofits, community organizations and even the Metro School Budget. The high level summary from the full proposal reads as the following:

We will stand up by creating an epic music experience that will raise money through ticket sales and invest it directly into our community. Through 14 large-scale, multi-artist, recovery concerts, Nashvilleâ€™s proud musical daughters, sons, transplants, and friends will band together under the flag of Music City to hold the preeminent recovery concert series on the planet. Thus, hailing a new era of cooperation and cementing our united cause of supporting the home we love. This is an unprecedented effort that will: benefit 160+ local nonprofits; supplement Metro Schoolâ€™s budget; save the Morris Memorial Building; bolster racial justice efforts; enhance funding for the Barnes Housing Trust; create multiple support funds for affected businesses, workers, and housing; revive the hospitality and music industries; support a variety of governmental entities; and restore Nashvilliansâ€™ trust that our city can survive all these trials and tragedies.

It goes on to outline 181 organizations and initiatives that would receive the portions of the profits from the events. It’s impressive and incredibly ambitious, to say the very least.

The portions of the proposal that are questionable involve a strangely high average ticket price ($155 is proposed) and, of course, actual adoption by the Event Marketing Committee. Changing the former would certainly have a trickle down effect on the rest of the proposed benefits and the later is dependent on the Committee feeling like it’s the best way to spend their money.

On the point of Committee persuasion, SowGood has setup a one click campaign that drafts an email to the Mayor’s Office and the Event Committee expressing your support for the proposal. The Committee next meets on Thursday, June 24th to consider all their options for a possible 2022 event.

The devil is in the details with these sorts of large scale undertakings but the intent with this proposal is undeniably exciting and hopeful. Metro Nashville has not made any efforts to directly support independent venues or musicians, so having some possibility to use Metro Funds to support our community seems like a No Brainer to get behind.

Read more at Marketplace, WPLN and on Twitter at @WeSowGood.