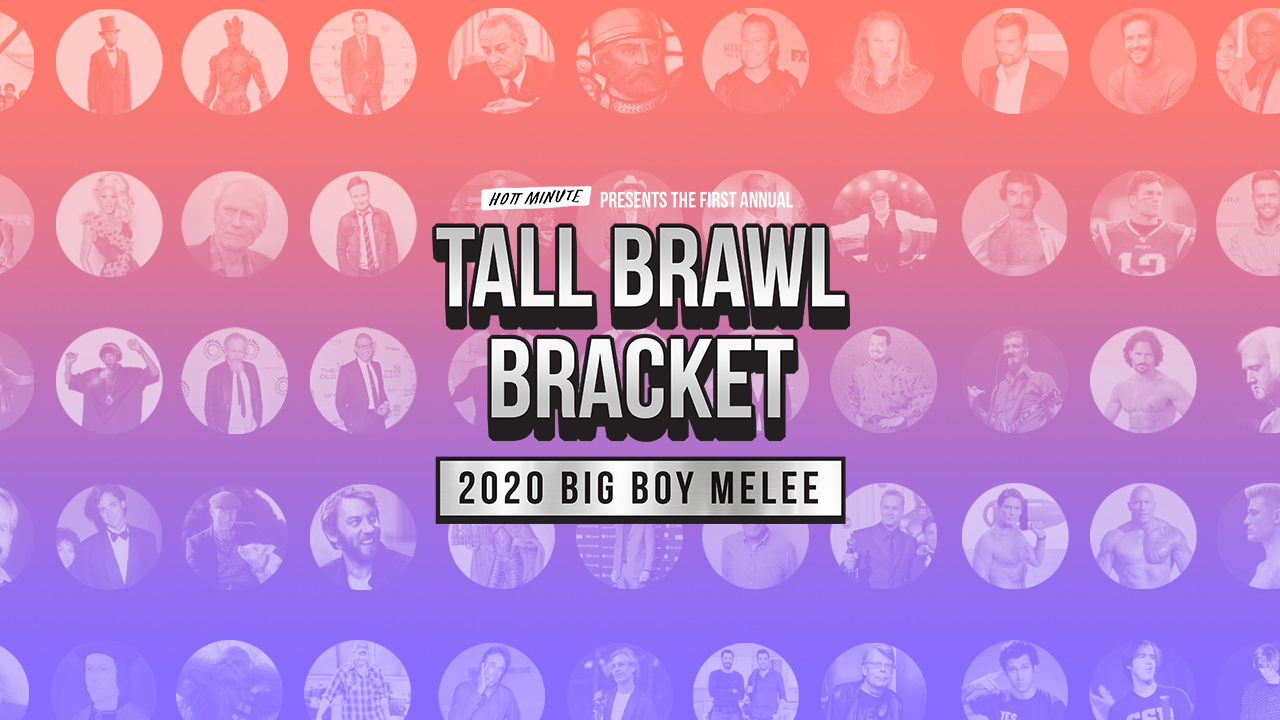 In the latest episode of Hott Minute, hosts Jamie Bradley and Ashley Spurgeon decided to do what they do best; tackle the absurd. In the absence of March Madness, they’ve put together a massive bracket of 64 competitors – each standing over 6′ 3″ tall – categorized them into Stringbeans, Beefcakes, Lumberjacks and Other in a fight to the death. They’ve opened up voting for each bracket over on their site and through their Instagram Stories; so you get to decide who wins.

You can listen to the episode above (or subscribe in your favorite podcast player) to get the low down on each division of tall hotties. Who would win in a hand-to-hand fight between Snoop and Jeff Goldblum? Tom Selleck and Jason Momoa? John Lithgow and Sinbad? Chevy Chase and John Cleese? As the voting continues, the public decides. Voting has already concluded for Round 1 of matchups but with sixty-four total players, there’s still plenty of voting to go.

Of course, all of this is completely absurd. In what nightmare world would you really want to see Bob Saget fight Robert Cromwell? You wouldn’t. However, as we find ourselves dealing with the emotional fallout of a massive tornado, a spreading virus with no known cure, the shutdown of the city and imbecile politicians; maybe we deserve a bit of stupid fun? I won’t go so far as to say Hott Minute is providing a public service but they’re sure providing a helluva ridiculous distraction.

So, treat yourself by following @hottminute, voting on the matchups and openly discussing the merits of who would win and why. Vote twice, we won’t look! Just allow yourself a little respite, you earned it.