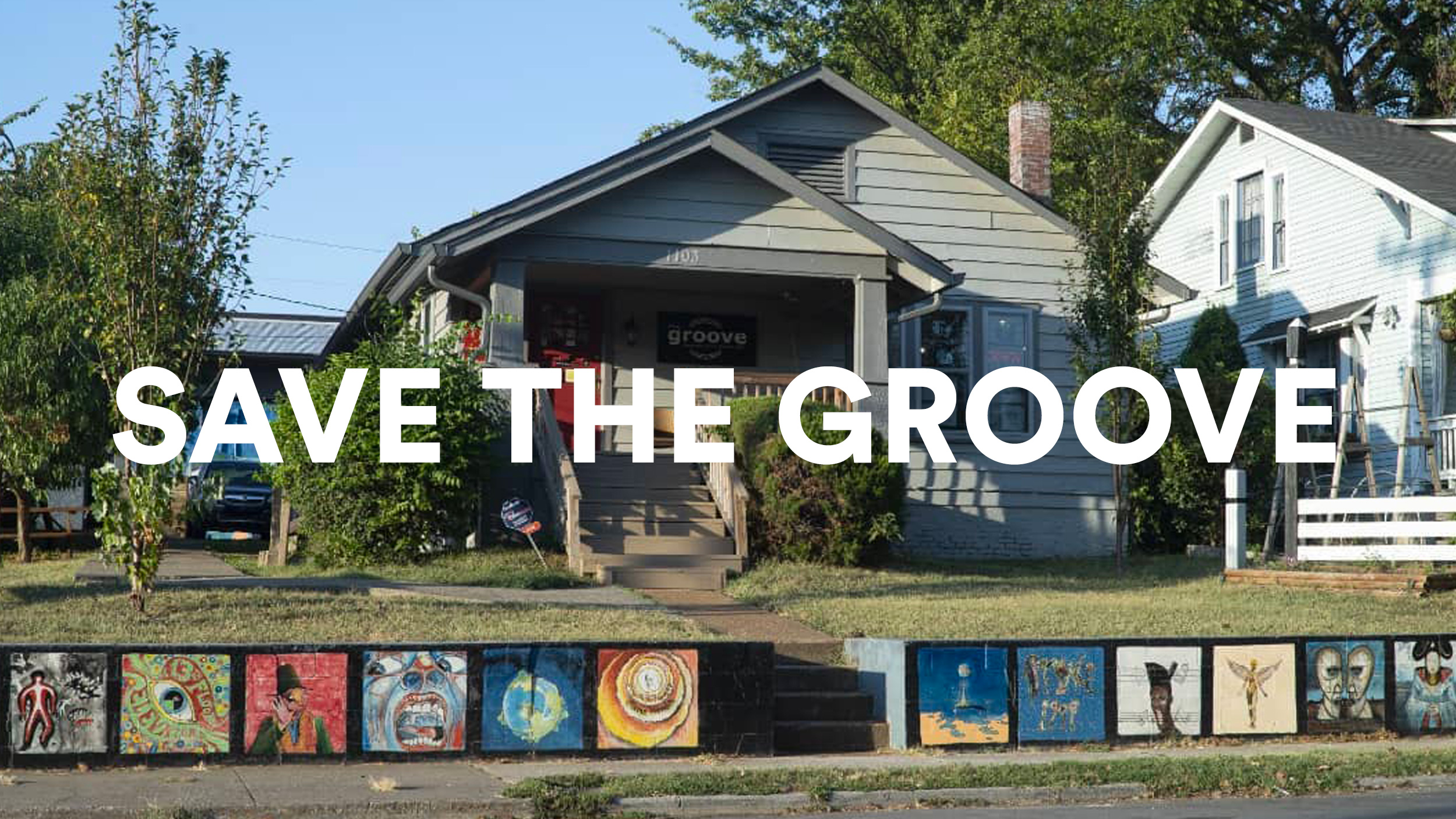 In what is becoming an all-too-common story for Nashville businesses, The Groove Records, is facing a possible upending to their business due to the real estate owners looking to sell the property. If you aren’t familiar, The Groove is an independently owned and operated record store located at the prime location of 1103 Calvin Ave on the Eastside. It is proudly LGBTQ+ owned and serves as a safe space for anyone to come and simply enjoy whatever music floats their boat. They host a myriad of events; from Record Store Day drops, to Spooky Ghoul Fest, to Meet-and-Greets, to movies in the backyard… just to name a few. Simply put, they are more than just a retail business selling records, they actively participate in being members of the community and they do a damn good job of it.

Over on Instagram, there’s a lengthy post explaining the situation. The quickest summary is: “We [The Groove] have until Jan. 31st, 2022 to come up with the purchase price, move our store, or close permanently.” The shop has been granted “right of first refusal,” which means that they shouldn’t have the rug yanked out from under them before they’ve been able to make a proper effort at raising the necessary funds. Without buying the property, the future of the record store is unclear.

Owners Michael Combs and Jesse Cartwright have setup a GoFundMe campaign to raise a significant amount of money in an attempt to save the shop. In their project description, it’s clearly palpable that it pains them to ask for money but in a situation such as this, there is rarely any other alternative. While we have not heard from them directly on the matter (yet), we have to assume that all avenues of backing are being pursued.

If you’ve been paying attention to the trials and tribulations of the Exit/In, the situation is similar. The business owners have embedded themselves as members of the community but they do not own the building in which their business operates. For the Exit/In, this resulted in a buyout from a corporation that may not respect the history of the building. For The Groove, we have to hope for a different, business owner controlled, fate.

To sweeten the deal of saving the shop, The Groove is making a novel offer on your donation; they’ll refund 70% of it back to you should they ever sell the property or close the business. Doing some quick back of the napkin math, that means if you donated $1000 to the purchase of this property and they sold the business in 15 years, they’d give you back $700. While that’s not an investment per se, it does send the clear message that The Groove is not looking monetary gain with this campaign, they are looking to stay open and continue serving the community.

Speaking personally on the matter, The Groove has always felt like one of Nashville’s best kept secrets. They have a vast section of local releases, a used bin that never fails to produce a gem or three on every visit, a section of the store dedicated to zines and artistic alt-publications like SALT and a friendliness that is never ending. I’ve attended a number of their community events (many of which feature other smaller local vendors) and they’re always a blast. Even the other attendees feel more approachable than usual. If you aren’t familiar, there’s no better time than now to get familiar.

There are other record stores in town but The Groove is unique in an untold number of ways that make it worth saving. Whatever you’ve got to help contribute would be a boon to the store itself and the community at large.