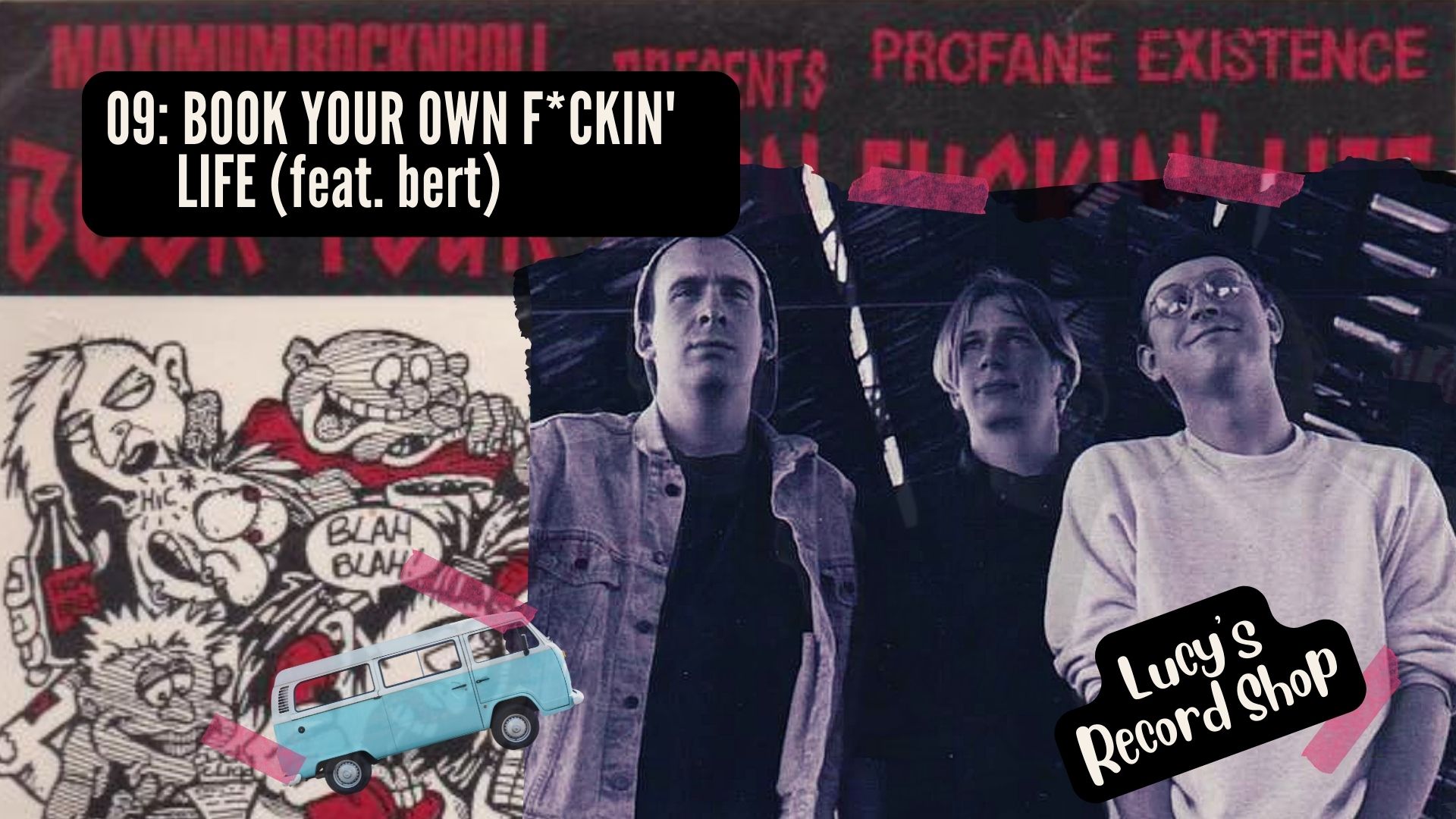 They played in a trailer in the middle of some scary woods, slept on the nasty floor of a club, and blew up snack cakes on a dusty back road with Steve Albini. This was life in the 90s for Montgomery, Alabama, noise-punk band bert. Guided by the mighty Book Your Own Fuckin’ Life ‘zine, bert had all the resources they needed to put out their own records, connect with people who loved music as much as they did, and play tons of shows throughout the South and Southeastern U.S..

Mark Coleman (original bass player), Glenn Grant (drums) and Jeff McLeod (guitar and vocals) got together for the first time in a long time to hang out with Mary and talk about life in the studio and on the road, confronting racism and sexism in punk, and one of their absolute favorite places to play: Lucy’s Record Shop!

In addition to touring, bert self-released two cassettes and two split 7″s, before Nashville’s House O’ Pain put out their 7″ Ambient Doug. They went on to record with Steve Albini for two releases (1993’s Quiet Positive Pump and 1997’s Big Box Schwing) for Austin, TX’s Chicken Ranch Records, who also released two limited recordings after the band broke up, and another for a one-off reunion show in 2008.