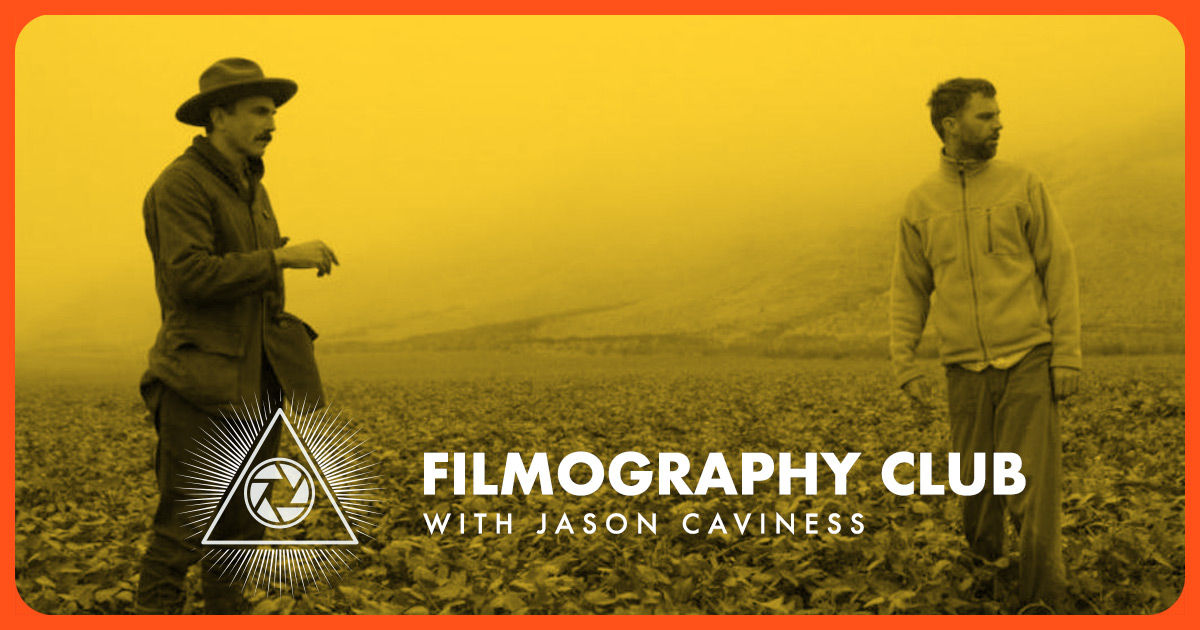 This episode of Filmography Club tackles the 2007 towering cinematic fifth PTA film, There Will Be Blood. Upon its release, it was deemed one of the young century’s finest films, was nominated for (and won) multiple Academy Awards and continues to be critically adored.

To tackle this beast of a film, host Jason Caviness brings in two guests; Writer/Director Caleb Dirks (who joined in for the Punch-Drunk Love conversation) and Creative Director Drew Hammond. Together, they dissect the details behind the production, the themes and what exactly makes this such a Big Deal of a film. Filmography Club
Jason Caviness / We Own This Town