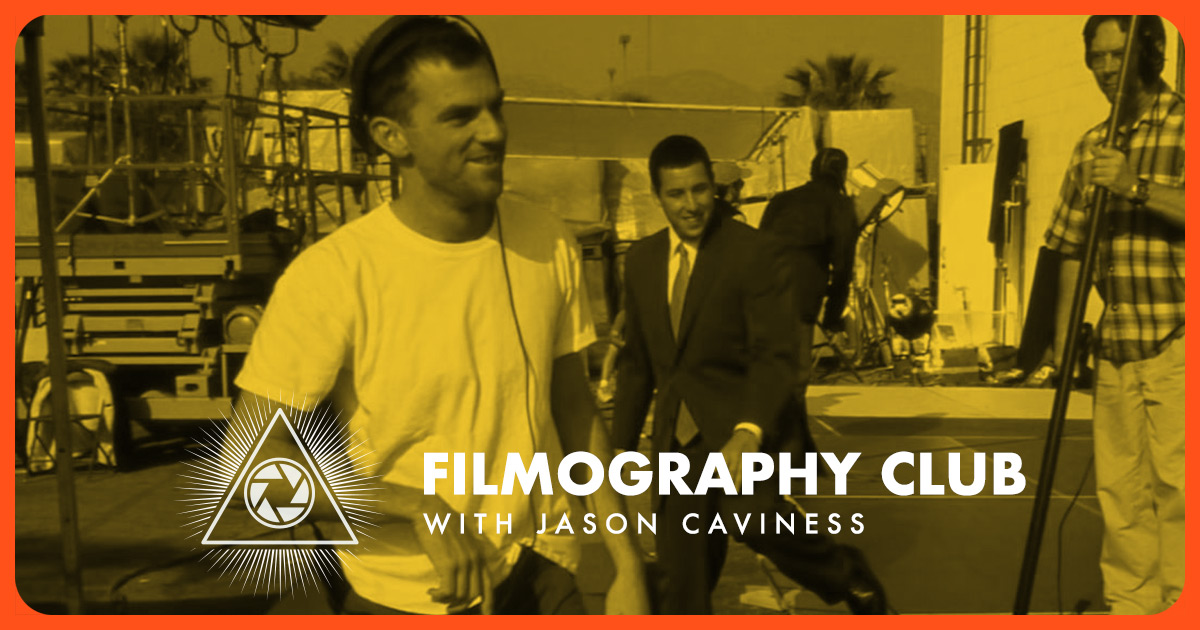 We continue our trek through the filmography of Paul Thomas Anderson by taking a look at one of his quirkier films, Punch-Drunk Love. This is PTA’s shortest film so far, clocking in at a brisk 95 minutes. Wikipedia describes it as a “romantic black comedy”; as fair of an assessment as one could make about the film. The piece stars Adam Sandler, a curious choice that succeeds despite itself.

Our guest today is Caleb Dirks, a freelance videographer who has shot music videos for Pet Envy, Janelle & The Gentleman, Elle Duke and worked on films Mea Culpa, A Common Era and Midnight Munchies; to name but a few selections from his reel. He’s worked as producer, screenwriter and director of photography; giving him a well rounded perspective on many of the disciplines of film making. We met, literally, 15-minutes before recording but had a blast discussing this charming and endearing film.