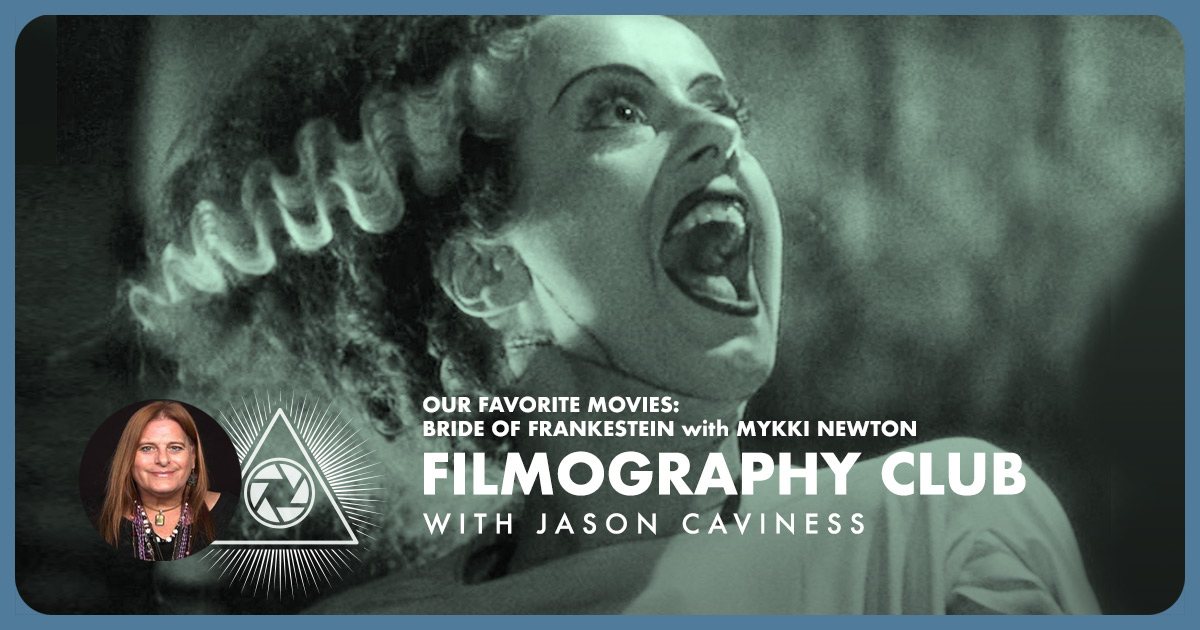 Rebroadcast: Film historian and friend of the show Mykki Newton recently passed away. In memoriam, we are rebroadcasting Jason’s conversation with her from our July 7th, 2020 episode; a lively discussion about the James Whale classic Bride of Frankenstein. Jason shares his reflections on Mykki and her contagious enthusiasm for classic cinema.

We thought we’d repost this episode in the hope that her friends that missed this the first time around can hear Mykki doing what she loved, talking classic Hollywood.

We recommend taking some time to read through Mykki’s phenomenal blog Mykki Newton and Classic Movie History, as well as partaking in a viewing of Voodoo Child: Memories of a Freak, a documentary about Newton’s fascinating life.

My guest today is Mykki Newton. Mykki is a film historian and writer. She is also an award-winning broadcast journalist and documentary filmmaker with more than 40 years of experience in journalism and acting. She is a former television news anchor, reporter, entertainment correspondent and film critic. She studied at the Lee Strasberg Theatre and Film Institute in New York, NY. and appeared in several feature films, television shows and on-stage. Mykki Newton is currently a producer/videographer/editor at The University of Mississippiâ€™s School of Journalism and New Media.

She researches and writes extensively about classic cinema on her very readable blog Mykki Newton and Classic Movie History.