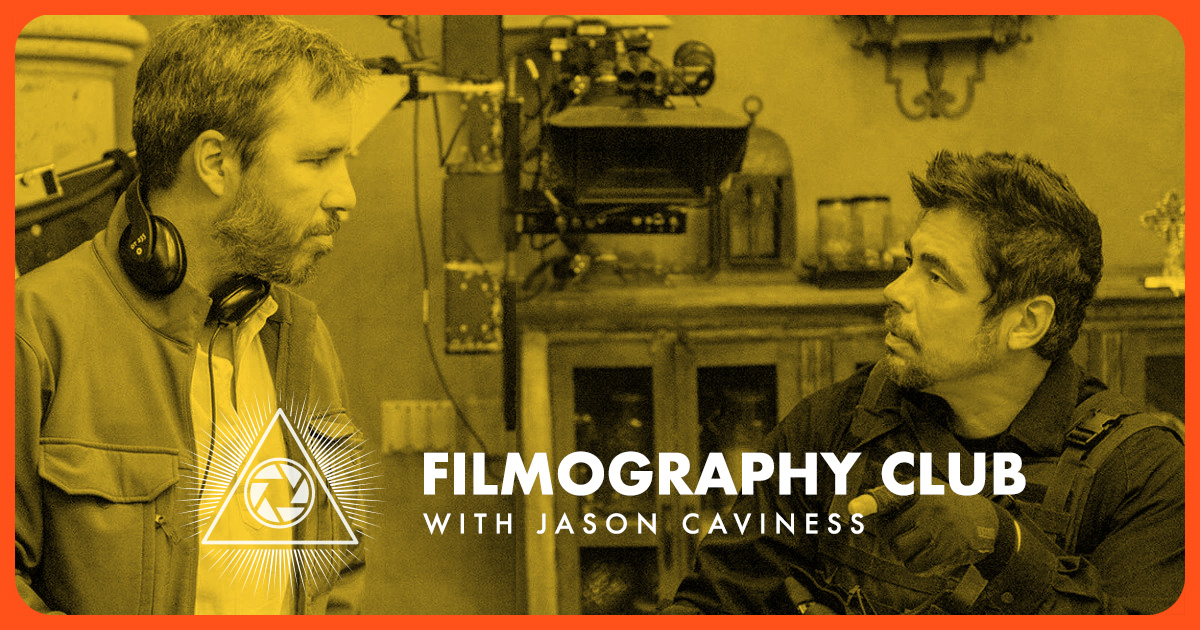 This episode we continue our exploration of the work of Denis Villeneuve with his third English language film, Sicario, the 2015 thriller starring Emily Blunt, Benicio Del Toro and Josh Brolin. The film’s cinematography is provided by the esteemed Roger Deakins, writing by Taylor Sheridan and music by the late great Jóhann Jóhannsson. Sicario is, on its surface, an action thriller set on the Mexican/American border with the expected amount of gritty violence but if you look a little bit deeper, you’ll find a subtle story about corruption and clueless bureaucracy, an exploration of moral absolutism, and the cycles of violence that spin out of all of that.

My guest today is Jill Townsend. Jill is a singer, songwriter, multi-instrumentalist, graphic designer and dedicated film fan. She releases music under the name Fetching Pails and her debut album, Telekinesis for Beginners, is a mixture of pop, electronic and art rock. Her live shows have a flair for the dramatic, influenced by classic films, horror movies and the live theatrics of Kate Bush.

Be aware, Filmography Club is not a spoiler free zone! We get into spoiler territory quite quickly, so make sure to watch Sicario prior to listening.