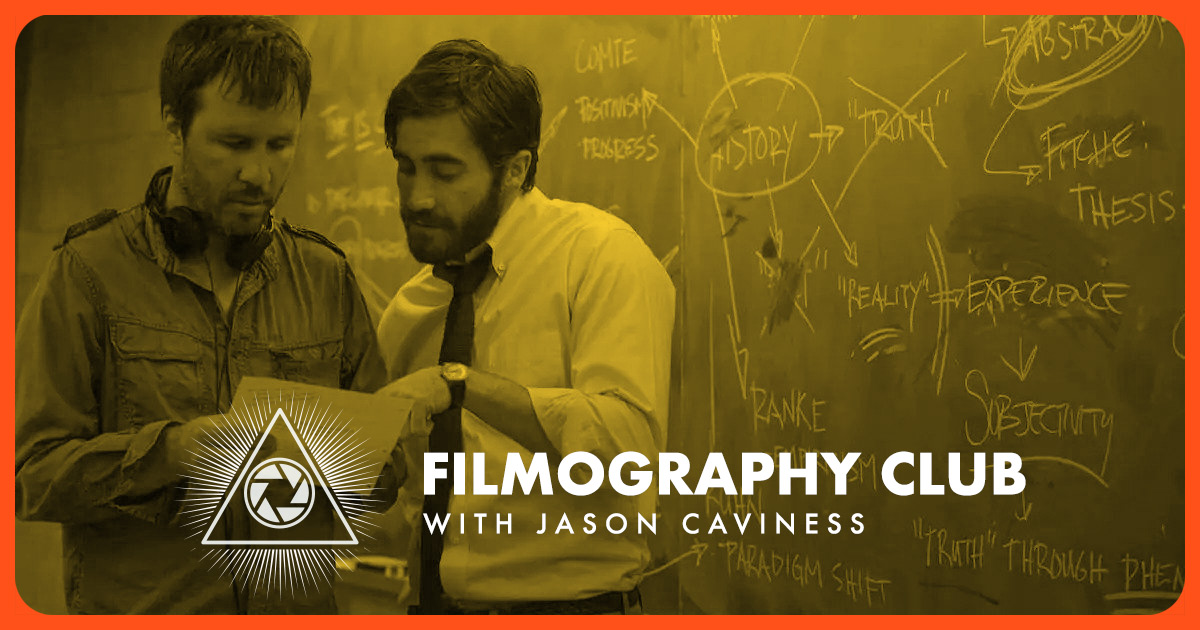 This week on Filmography Club we continue our discussions on Denis Villeneuve’s body of English language works by looking at the 2013 psychological mystery / thriller / journey into the surreal, Enemy. The film stars Jake Gyllenhaal, MÃ©lanie Laurent and Sarah Gadon, with a screenplay by Javier GullÃ³n based on the JosÃ© Saramago novel, The Double.

We’re joined by media prophet Jason Shawhan (@jshawhan on Twitter), whom spent eleven years as the local film critic for Gannett (Nashville Rage/All The Rage/Metromix/The Tennessean) and currently contributes to The Nashville Scene and The AV Club. He was the founder of the Nashville Cinema Underground and often hosts the Midnight Movie series at The Belcourt Theatre. A graduate of NYU (Literature/Critical Theory/Cinema Studies) and Watkins Film School (Cinematography), his criticism and writing have also appeared in Dish Magazine, In Review, The Film Journal, Opposable Thumb Films, and about.com. His art and photography have been exhibited at The St. Markâ€™s Position Gallery and The Barney Building in New York City, The Rule of Thirds Gallery and the Belcourt Gallery in Nashville, and online at IFC.com. He has also been photo elf for Crispin Glover and offers a deep archive of musical mixes as DJ Nomi.

We dive right into plot and spoilers so if you haven’t watched Enemy yet, do so now.