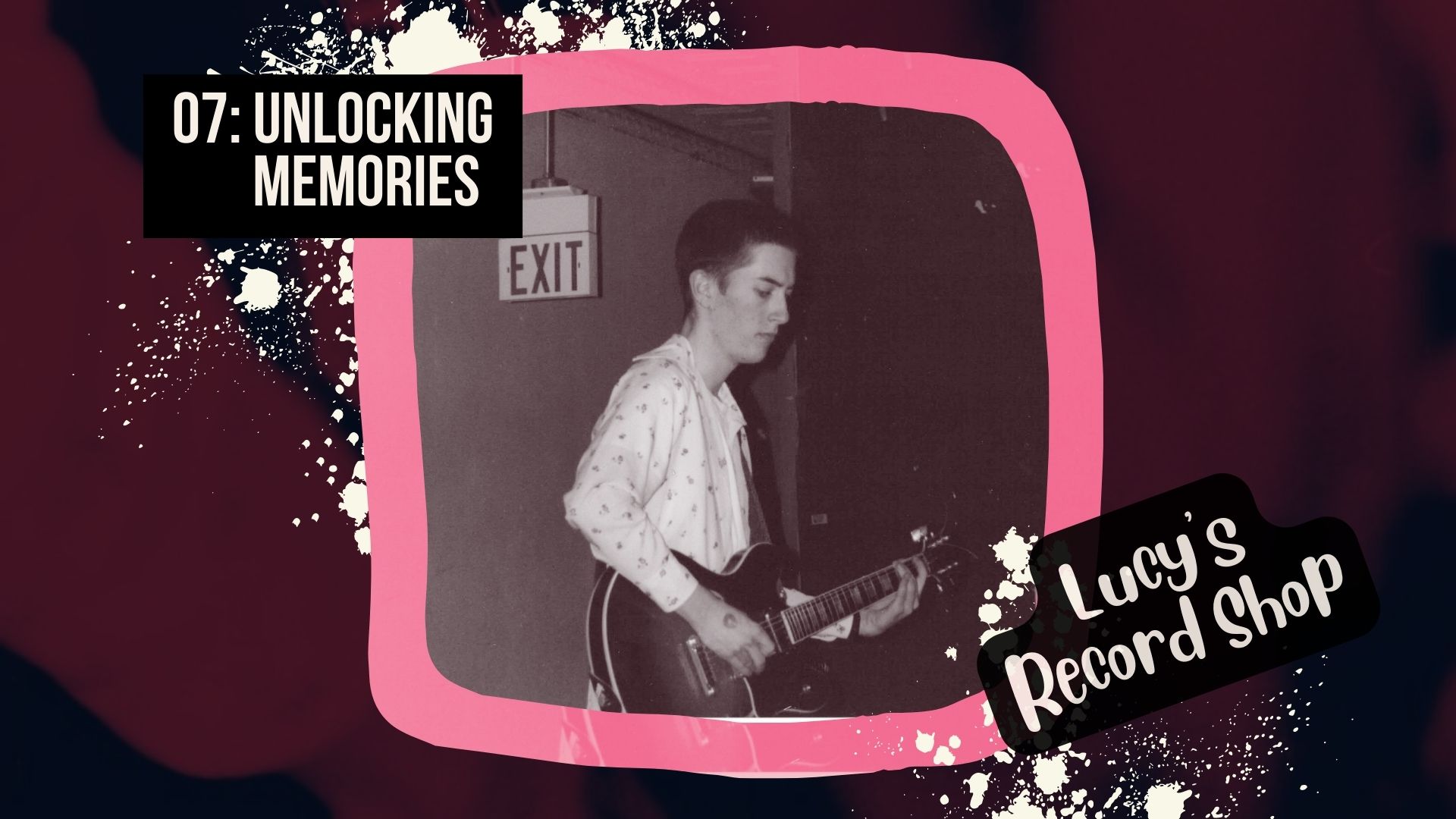 Dr. James Noble is a BFD neurologist at Columbia in New York City. But as a college student in the 90’s, Jamie Noble hung out at Lucy’s Record Shop to feed the love of live music that’s clearly part of his DNA.

Jamie remembers a lot about Lucy’s – the bands he saw (Bugskull, Low, Blonde Redhead, Crop Circle Hoax, etc.), the 7” records he bought, the time everybody got kicked out and had to watch Doo Rag play their show on the sidewalk, and the one time he played a show there with his band, Lepus.

Music and the arts have informed a lot of what Jamie does. He’s been taping shows since 1998 and his recordings are housed at the University of Georgia in the archives of Henry Owings of Chunklet. With his colleague, Dr. Olajide Williams, he started what has become the Hip Hop Public Health fleet of programs, working closely with Sesame Street animators, producer Artie Green, and musicians like Doug E. Fresh, Easy A.D. of the Cold Crush Brothers, DMC, and Chuck D. He also founded a non-profit organization, Arts & Minds, which promotes well-being for dementia patients and their caregivers via art-centered, museum-based programs and experiences in upper Manhattan.

As a neurologist, Dr.Noble specializes in Alzheimer’s disease and related dementias and has just released a book, “Navigating Life with Dementia” (part of the Brain & Life series, Oxford University Press/American Academy of Neurology).

It’s a joy to listen to Jamie talk about his time at Lucy’s and his love of music.