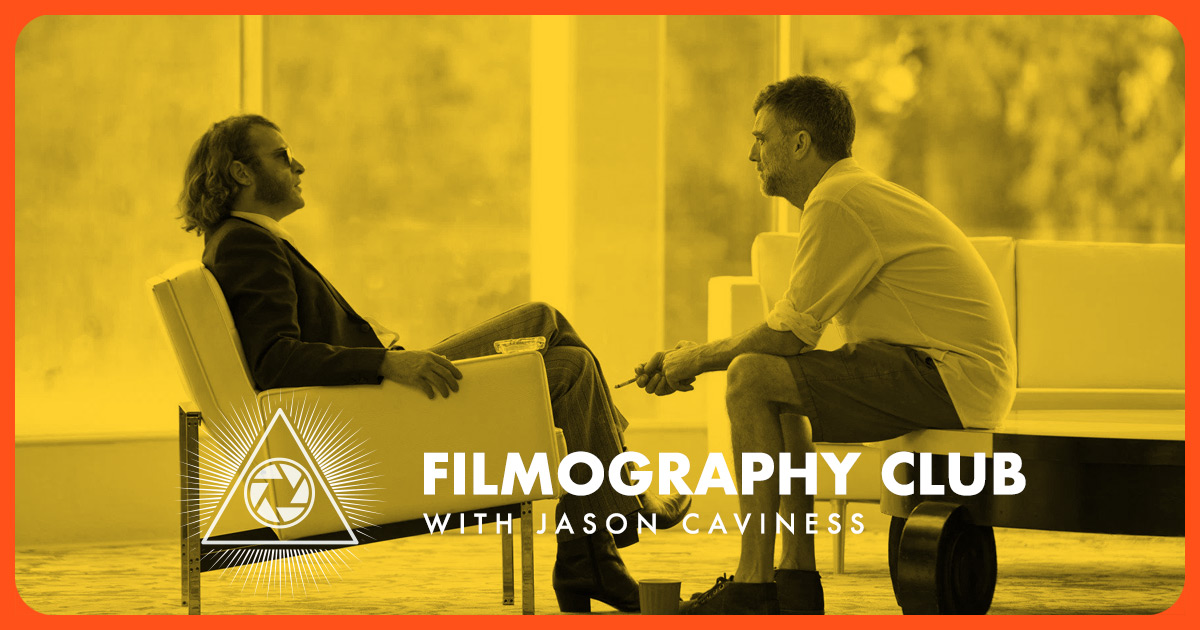 In this penultimate season one episode, Jason is joined by Meaghin Burke to dissect the fever dream that is the 2014 Paul Thomas Anderson film, Inherent Vice. Burke is an intellectual property and entertainment law attorney from Oxford, MS, as well as a filmmaker and actor. She produced a documentary on regional cuisine thanks to a Southern Foodways Alliance grant and her short film, Garage Sale, won a Hoka at the Oxford Film Festival. Her studies have focused on art criticism and the examination of an artistâ€™s intent as related to the artistic product.

More importantly, sheâ€™s a film geek and a rabid reader. Specifically Thomas Pynchonâ€™s complicated and heady novel Inherent Vice. This film marks the first time that Paul Thomas Anderson has adapted someone elseâ€™s story for the screen* and Burke brings masterful insight to the discussion of the often misunderstood film.

More on Meaghin Burke:
Watch her short film Garage Sale and catch her appearances in Trick or Treat and Earthrise.